Sarah Beattie is an American actress, comic writer, and one of the famous internet comedians. She is renowned for her controversial comments and posts across social media platforms. Lately, she has been trending on Twitter for her "shocking" tweet. She claimed that she "will offer a “blowjob” award to anyone who will be able to “punch that MAGA kid in the face.” Her outspoken nature has had many people craving and waiting for her next tweets and posts. She is known for commenting about different trending topics with a little touch of humour on the side. Are you ready to find out the top 10 facts about the lady? Read on and you definitely will! You cannot talk about controversy and forget to mention Sarah Beattie. By just visiting her Twitter account, you are sure to be amazed by the different comments and statuses Sarah posts. She applies her creative writing and comic skills in coming up with witty, funny, and crazy tweets. As a result, she is one of the sensational bloggers with quite a high number of followers.

Sarah Beattie age is . She was born and raised in the Oceania state of Hawaii. Ever since 1992, Sarah celebrates her birthday on the 4th of November. 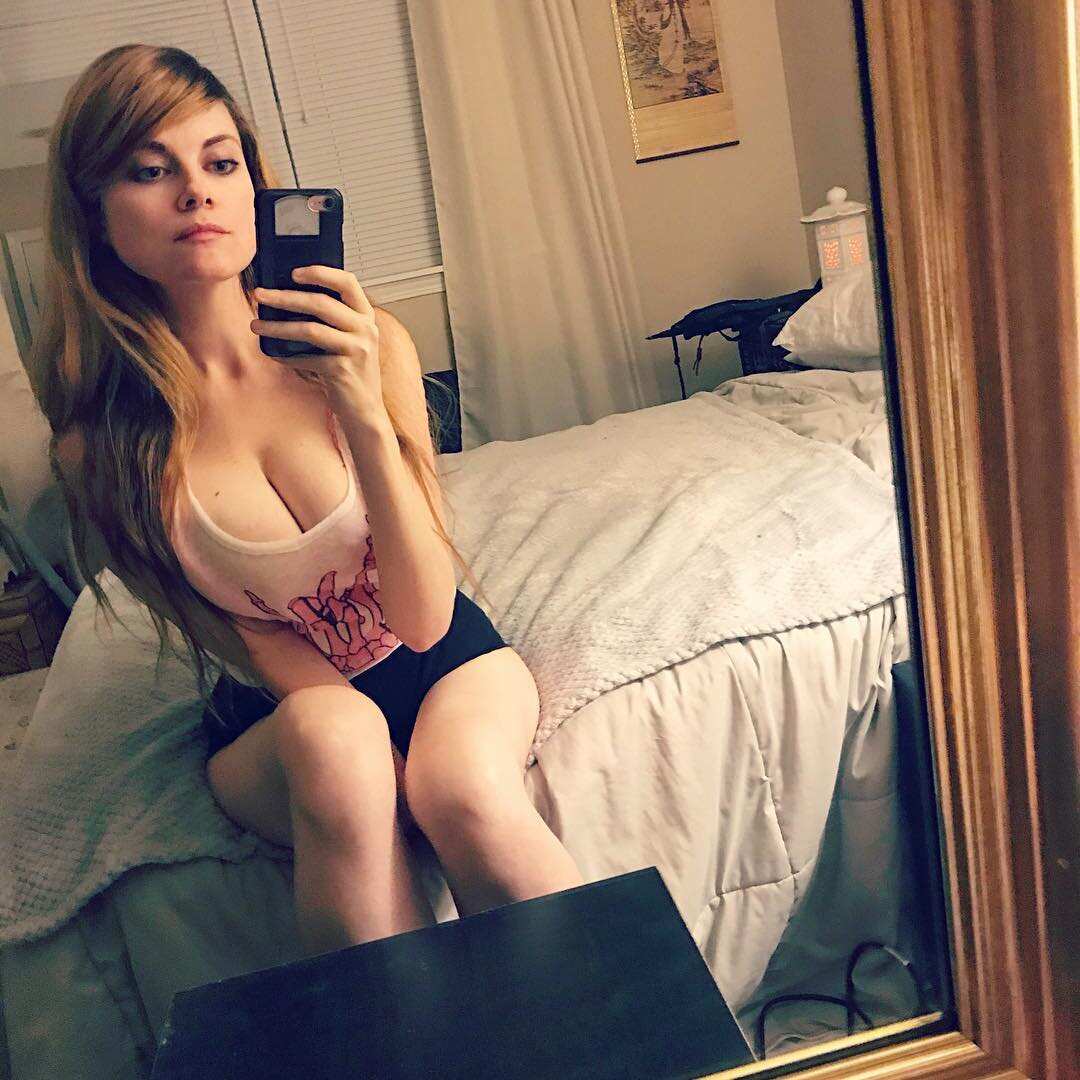 Sarah Beattie tweet took the internet with a storm. It made headlines across social media platforms. Her tweet was concerning the 18th January 2019 Make America Great Again by students in Washington DC. The exact venue was the Lincoln Memorial. The 4 minutes long posted video allegedly showcased a group of Covington Catholic High School students mocking one of the Native American Indian man. The man was playing his drums peacefully demonstrating against the great wall to be built by President Trump. A good number of the students were wearing red “Make America Great again hats.”

After an hour, the 4-minute video was trending in all American news platforms. This raised mixed reactions including anger among different American citizens and celebrities like Sarah Beattie. As a result, Twitter, Facebook, and Instagram platforms flooded with rather harsh posts. People reacted to the “rogue and disrespectful behaviour of the high school boys.” Besides, another video of the native Indian man (Nathan Philips) shading tears and describing the boy's behaviour as threatening and aggressive. The old man added that he was against Donald Trump building the wall on their native land.

Just like most United States citizens, Sarah Beattie also shared her two cents concerning the viral video. In her tweet, she focuses on one of the high school students who were standing face to face with the native Indian man in a suggestive manner. The boy is known as Nick Sandmann. She twitted that she award to anyone who will “punch that MAGA kid in the face.” She was referring to Nick Sandmann. Unlike what most sources that refer to her as an SNL writer, the rumoured SNL writer Sarah Beattie has never worked for SNL.

Later on, a full video concerning all the drama was posted by various individuals who were at the scene. It turns out that the group of Covington Catholic High School students was waiting for their bus to come and pick them up from where they had converged. The chants that the kids were making were not aggressive or disrespectful in any way. They were chanting their school name. This forced Sarah to delete her tweet hence becoming controversial. Sarah Beattie came up as various people wanted SNL to be boycotted. From the twitter controversy, the high school boys are the once who were attacked through racial insults. They were attacked by a group of the Black Hebrew Israelites. This group belongs to the black supremacist organisation. The full video proved that the high school boys including Nick Sandman were innocent. As a result, most people who twitted insults and negative remarks like Sarah Beattie happened to have rushed to judgment. Even though, she has never apologised for her judgmental and provoking remarks on Twitter. Sarah is known for speaking out her mind based on her inner feelings. She does not mind stepping on anyone's toe. This is evident through her twitter posts.

As an actress, Sarah Beattie made her debut in the acting industry in the year 2013. She appeared in the popular crime drama movie known as “The Fall.” The TV series "The Fall" is produced by none other than Allan Cubitt. The "RTE One" television series focuses on the British-Irish crime drama. Sarah Beattie plays as Olivia Spector in the film. Her recurrent role is featured in a total of 15 episodes of the crime drama. Her enchanting beauty and great acting skills enabled her to be featured on different episodes from 2003 to 2016.

One of the greatest achievement of Sarah Beattie as a comedian is through being part of the cast in “Frankie Boyle’s New World Order.” It is a television series that . It consists of a total of 19 episodes and falls under the comedy category.

Sarah Beattie appears in season two and seven episodes in 2018. She is part of the stand-up, comment reviewer, and discussion panel that Frankie Boyle engages in breaking down some of the top headlines in the week. Ovid published the episode in YouTube under the remarks that it was the best episode in the entire season 2 of Frankie Boyle’s New World Order television series.

The self-proclaimed Instagram model is what you call “sizzling hot.” Just by visiting , you will be overwhelmed by Sarah Beattie hot photos. Her Instagram status reads “tits and depression.” She is known for sharing eye-catchy photos of herself while rocking different revealing outfits. She is known for posting various photos and posts that openly talk about boobs and tits. Her crazy posts and picture angles have earned her massive following. 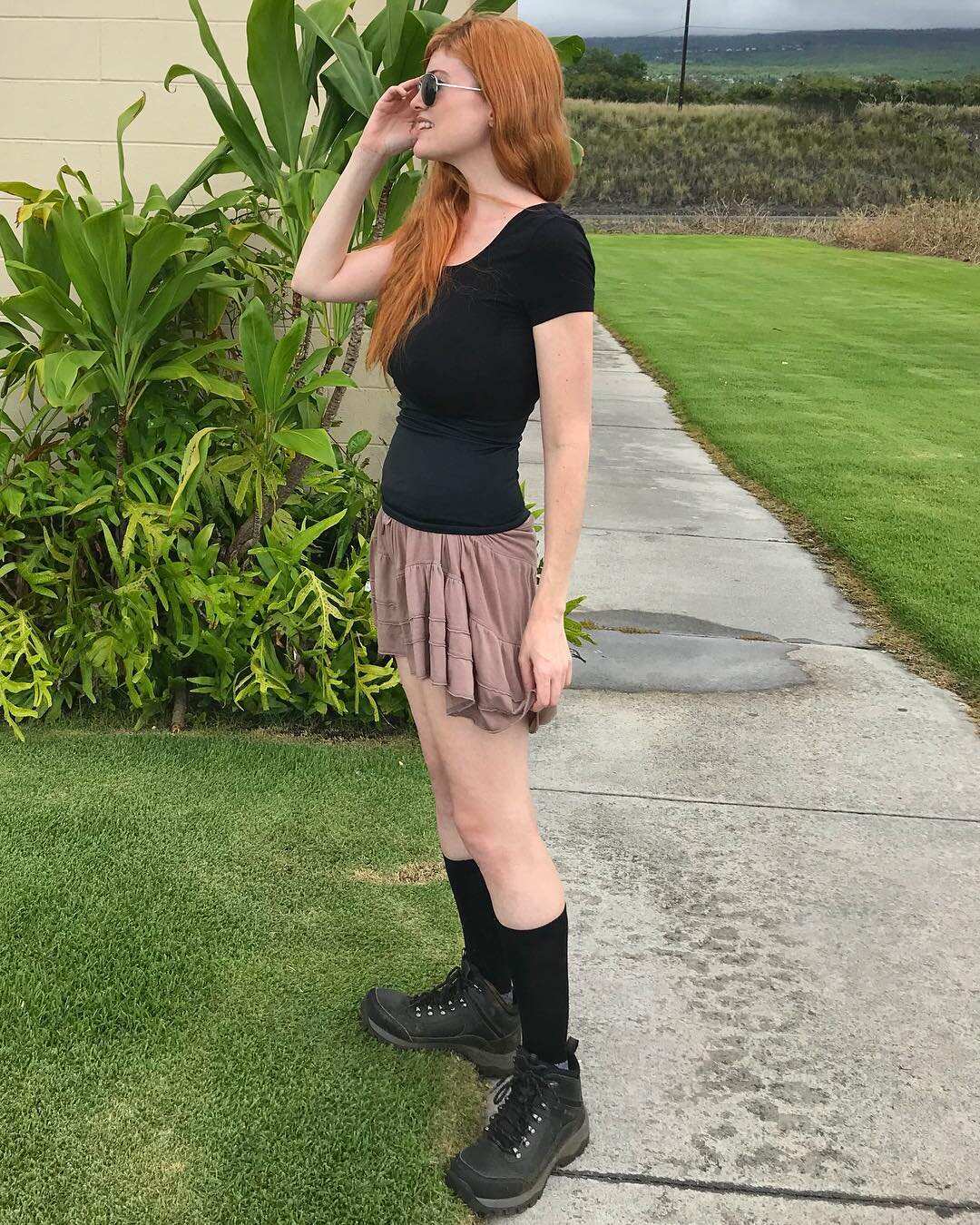 Talk about talent and creativity, Sarah Beattie uses her Instagram page to showcase her artistic and creative mind. This is through sharing her sizzling videos with a touch of humour. She is known to end her vlogs with hilarious punch-lines that will make your day. On Twitter, she boasts of over 318,000 followers. Her handle is “@nachosarah.” On her Instagram account, she has over 98,600 followers.

The American actress takes a high interest in various emerging trends in America. She is not scared to speak her mind concerning topics that most individual would find uncomfortable. She is a great commentator when it comes to the political scene. She is known for trolling the United States president Trump. She also addresses various feminism-related topics. The young lady also touches on racial issues around the United States.

Some of her favourite tweets include:

“Am SO sick of being white, it is like playing a video game on easy.” “So I guess a “morning person” is just someone who doesn’t drink.” “Hey guys, maybe girls are so cold all the time because you make us shave off all our hair.”

Sarah Beattie beautiful American actress, comedian, and comic writer is definitely an internet sensation. She is popularly known for her controversial internet posts. The beautiful actress is known for posting her sexy photos and witty captions. This has made her one of the trending American personalities to follow.