- Scala Santa, or the Holy Staircase, has been reopened for public access after 300 years

- The 28 steps will stay open to the public for 60 days, covering the Easter period, ending on June 9

The marble steps believed to have been climbed by Jesus before being sentenced to crucifixion have been unveiled after 300 years, Daily Mail reports.

The marble steps, also known as the Scala Santa or Holy Staircase, had been covered in wood since 1723 to protect the marble from wear and tear resulting from years of use.

Legit.ng gathers that the Scala Santa has, however, been restored with pilgrims now flocking to see the sacred steps. 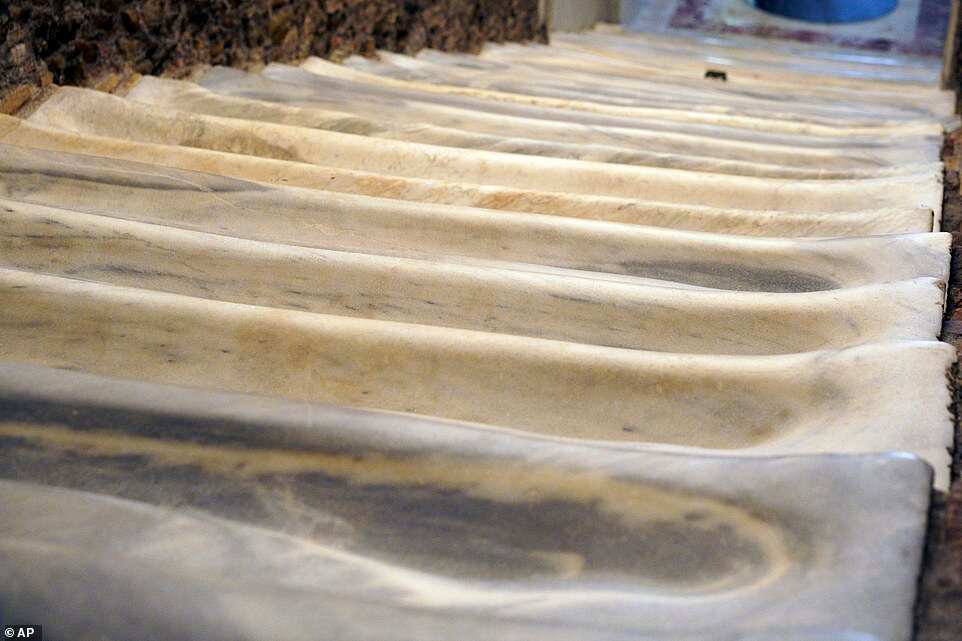 According to the Catholic Church, this is the stair on which Jesus Christ stepped leading on his way to the crucifixion
UGC

The steps were unveiled in a ceremony on Thursday, April 11, marked by the Cardinal Vicar of Rome, Angelo De Donatis, kneeling as he inaugurated the restored Holy Stairs.

It will stay open to the public for 60 days, covering the Easter period, ending on June 9. The steps are now housed in an old papal palace in St. John's Square in southeast Rome, across from the Basilica of St. John the Lateran. 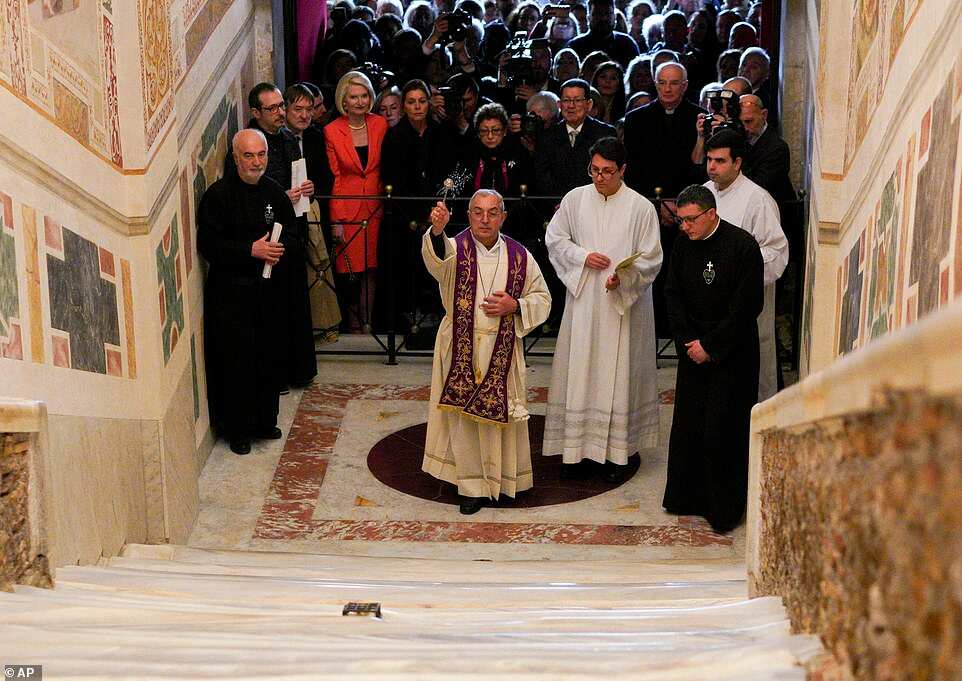 The Cardinal Vicar of Rome, Angelo De Donatis, blesses the restored Holy Stairs at the unveiling ceremony in Rome
UGC

Pope Innocent XIII reportedly ordered that the marble be covered about 300 years ago amid fears it was getting worn down by the hands and knees of worshipers. Pope Innocent XIII reportedly ordered that the marble be covered about 300 years ago amid fears it was getting worn down by the hands and knees of worshipers.
UGC

The 28 steps were believed to be part of Pontius Pilate's palace in Jerusalem and were moved to Rome in the fourth century AD by Helena, mother of Emperor Constantine, who made Christianity the official religion of the Roman Empire. 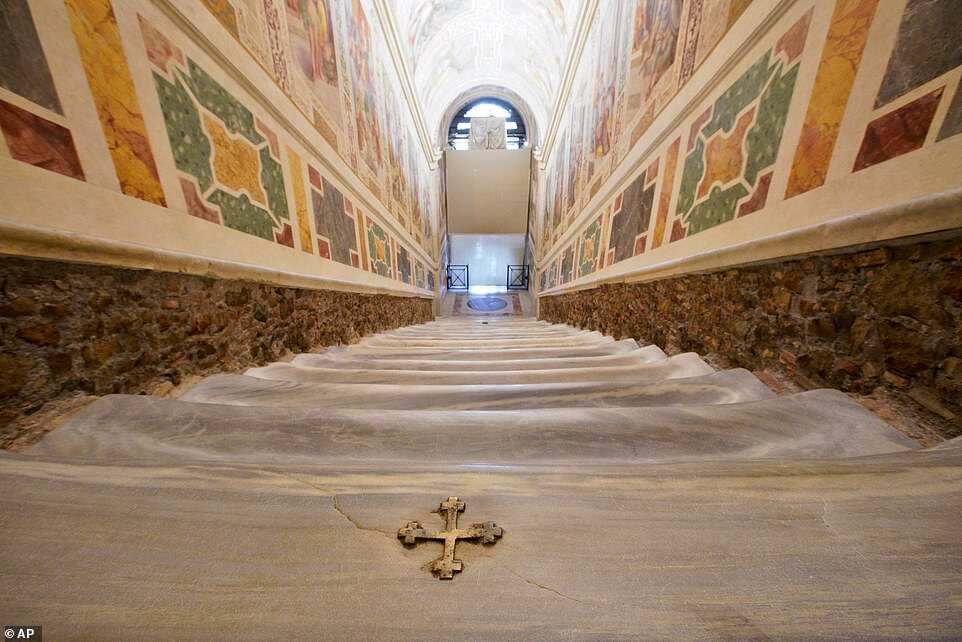 Experts from Vatican Museums reportedly found notes and other offerings that were shoved under the planks as the work commenced this year to see the stairs reopened.

Paolo Violini, the coordinator of the restoration, said: "We found them step by step as we removed the floorboards – many, many little notes and coins, left as offerings."

Guido Cornini, a curator from the museums, said: "If you close your eyes for a moment, you can imagine yourself back in the medieval era, the last time that people scaled these steps on their knees."

The discovery which was maded in the ancient Byzantine village of Shivta reportedly thrilled archaeologists.

Although the painting is fragmented, experts from Israel’s University of Haifa were able to make out the facial outline.

NAIJ.com (naija.ng) -> Legit.ng. We have upgraded to serve you better

Jesus came here and took me physically to the third heavens |