America’s reputable business magazine, Forbes, has released its list of the 2019 richest men in Africa, with Aliko Dangote, Nigeria's business mogul, retaining the number one spot for the eighth consecutive time.

However, Dangote’s wealth dropped by $2 billion from $12.2 billion in January 2018 to $10 billion in 2019, according to the Forbes’ Africa Billionaires List released on Wednesday, January 9.

“For the eighth year in a row, Aliko Dangote of Nigeria is Africa’s richest person. His estimated $10.3 billion net worth, however, is nearly $2 billion less than a year ago, primarily due to a roughly 20% drop in the stock price of Dangote Cement, his most valuable asset,” Forbes writes. 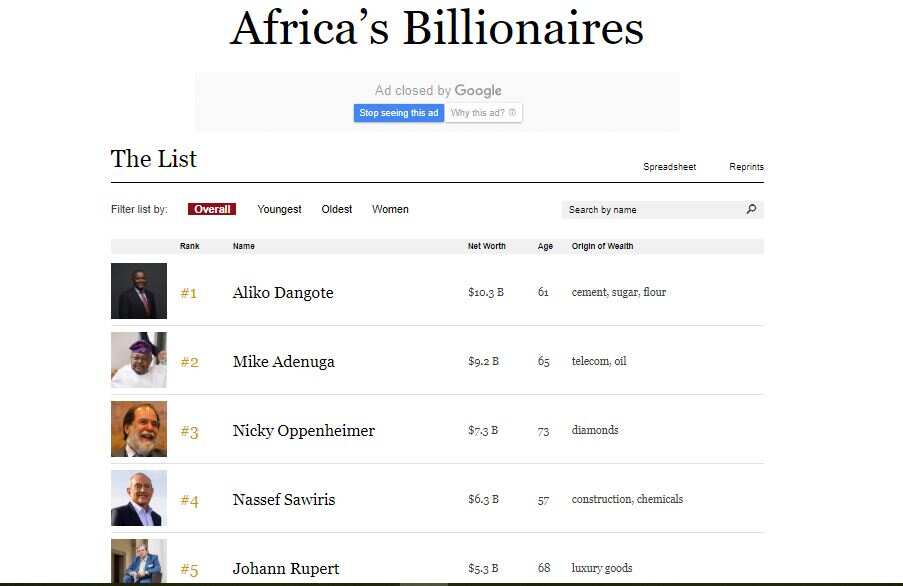 Adenuga’s net worth, According to Forbes, increased from $5.3 billion to $9.2 billion.

In the third spot is Nicholas F. Oppenheimer, a South African billionaire businessman and philanthropist. 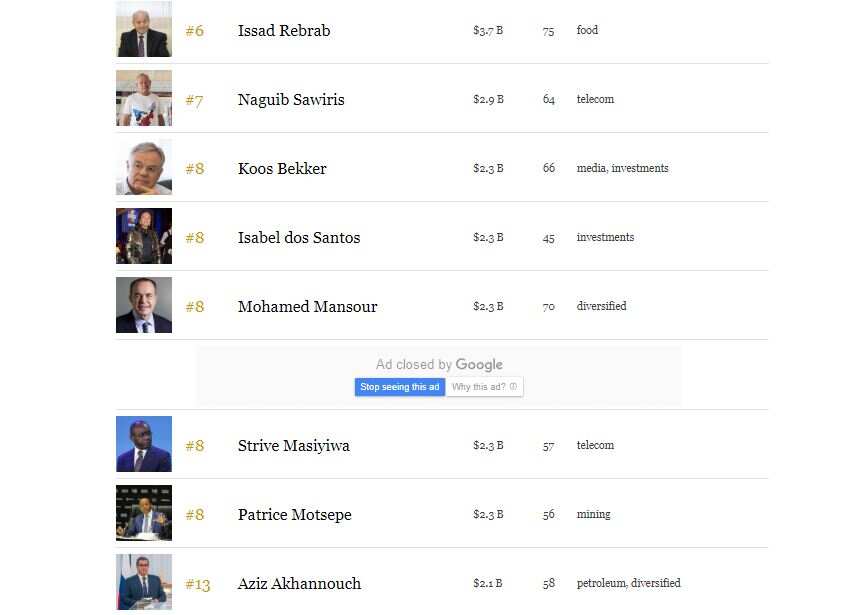 Forbes stated that the number of African billionaires has shrunk to 20. Forbes
UGC

Another Nigerian in the billionaires’ list is Abdulsamad Rabiu, the founder of BUA Group, a Nigerian conglomerate active in cement production, sugar refining and real estate.

“Nigerian cement mogul Abdulsamad Rabiu, who runs and owns the BUA Group, returns to the list for the first time since 2015. He merged his Kalambaina Cement firm into publicly traded Cement Company of Northern Nigeria, which he controlled, in late 2018. Rabiu now owns 97% of the list entity,” the American business magazine notes.

Also, Nigeria’s Folorunsho Alakija, whose net worth dropped to $1.1 billion from $1.3 billion, was ranked 19th on the list.

The rank was a tie with South African banker, Michiel Le Roux. 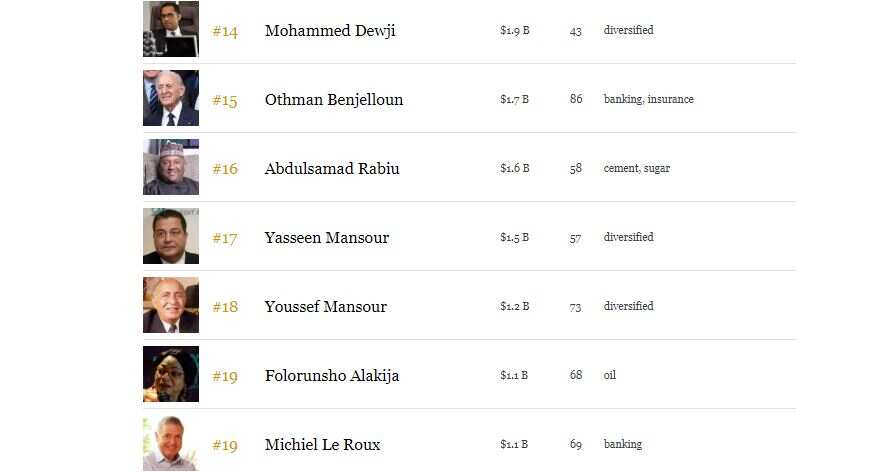 Nigeria’s Folorunsho Alakija, whose net worth dropped to $1.1 billion from $1.3 billion, was ranked 19th on the list. Forbes
UGC

The reputable business magazine notes that the number of African billionaires has shrunk to 20.

“Buffeted by plunging stock prices and weaker currencies, the number of African billionaires has shrunk to just 20, down from 23 a year ago. Four people fell off Forbes’ annual list of the continent’s richest since last year while one returned to the ranks after a four-year absence. All but four members of the list have smaller fortunes than a year ago.”

Meanwhile, Legit.ng previously reported that the of the All Progressives Congress (APC) presidential campaign council for the 2019 general elections had been clarified.

The presidency in a statement signed by Femi Adesina, special adviser to the president on media and publicity, said the businessman is not a member of the APC.