Megalyn Echikunwoke is a famous face in showbiz. The beautiful woman is an excellent and successful actress. She is even more popular because of her relationship with Chris Rock. The two have been trending because of their recent quite split after dating for 4 years. You may be familiar with Megalyn Echikunwoke hot pics from the different movies she has been in. However, there is a lot more to the actress than people know. For instance, she is of mixed ethnicity and the former girlfriend of Chris Rock. Read on to discover more details about Megalyn.

How old is Megalyn Echikunwoke? Ebubennem Megalyn Ann Echikunwoke May 28, 1983. This makes her 36 years old. She is also known as Megalyn E.K., an American actress, who is known primarily for her roles in television and film.

Is Megalyn Echikunwoke Nigerian? Her last name, Echikunwoke, means "leader of men." Megalyn is the granddaughter of a Nigerian tribal leader of the Igbo, which makes her African royalty. She was born in Spokane, Washington, and was discovered while performing in a theatrical production for an arts academy. The actress's father was an immigrant to the States. He was a survivor of the Nigerian Civil War, where he suffered gunshot wounds that led him to contract hepatitis B. 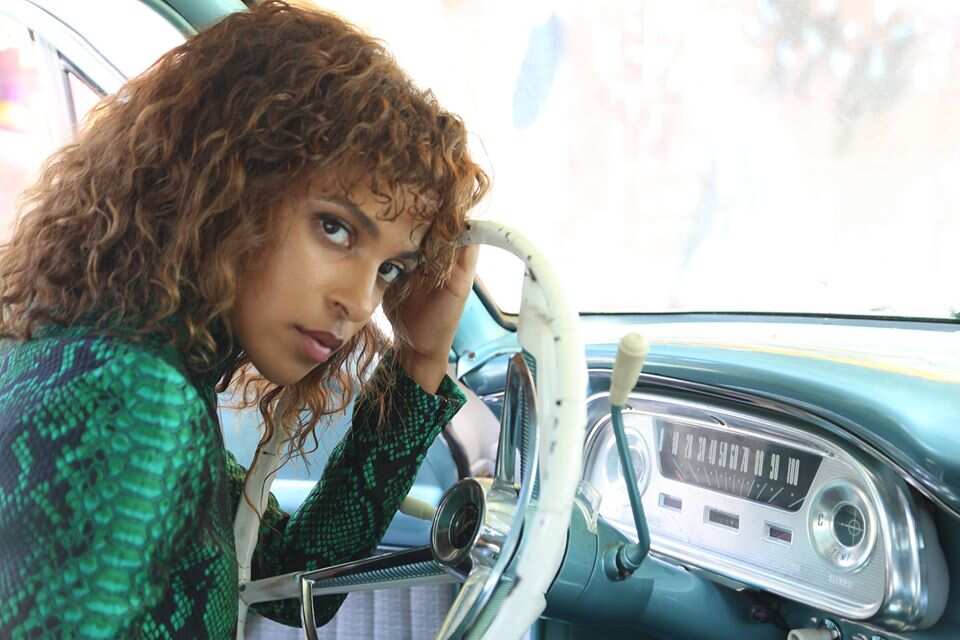 When Echikunwoke was just four years old, her dad was studying for a law degree in Spokane. He passed from complications related to liver cancer that stemmed from the gunshot wounds he had sustained as a child. As a result, the mother had to raise Echikunwoke and her siblings on the Navajo Indian reservation in Chinle, Arizona. When she turned 14 years old, Echikunwoke got discovered while performing in a theater production at an arts academy summer camp.

She started her career professionally at the age of 15 years when she appeared in an episode of The Steve Harvey Show. Between 2001 and 2002, she was featured as Nicole Palmer, the daughter of David Palmer, on the Fox series 24, which was then followed by guest roles on ER and Buffy the Vampire Slayer.

She has also been in different films including Whit Stillman's Damsels in Distress in 2011, and the action sequel A Good Day to Die Hard of 2013. In 2016, she portrayed the role of Mari McCabe / Vixen in the Arrowverse. The following year, she got a supporting role in CHiPs in 2017, followed by the independent comedy An Actor Prepares in 2018.

She then co-starred in the comedy Night School in 2018. In late 2018, she made her New York stage debut in an off-Broadway production of Apologia.

was first featured as a guest actress on The Steve Harvey Show in 1998, marking her first appearance professionally. The next year, she made it to her first film role in Julie Dash's Funny Valentines.

In 2001, Echikunwoke starred in a lead role on the MTV soap opera, Spyder Games, where she starred as Cherish Pardee, a coffee house singer. The show ran through the year. She then had a recurring role in the first season of 24 from 2001 – 2002, where she starred as David Palmer's daughter, Nicole.

At the beginning of 2003, she appeared as Danika on the comedy series Like Family, and also guest-starred on Buffy the Vampire Slayer, when she appeared in the episode "The Killer in Me" in 2003. This was then followed by a guest role on Veronica Mars in 2004.

She continued to excel in her acting career when between 2004 and 2005, she appeared on Fox's That '70s Show as Steven Hyde's half-sister, Angie Barnett. In 2006, she appeared in the series regular on the science fiction television series The 4400, from the adult version of the mysterious Isabelle Tyler. The actress left the show in 2007.

From 2008 to 2009, she then appeared in season 7 of CSI: Miami. She then joined the cast as the new medical examiner, Dr. Tara Price. She had a recurring role in TNT's Raising the Bar in 2008 – 2009, where she played the love interest of attorney Marcus McGrath, acted by J. August Richards.

In 2008, she also appeared as a singer in the Leonard Chess biopic Who Do You Love? In 2011, Echikunwoke played Holly in the fourth season of 90210, where she subsequently appeared in the comedy film Damsels in Distress.

She then played April on Showtime's House of Lies in 2012, and Riley Parker in the legal Made in Jersey also in the same year. In 2014, she co-starred in the drama series Mind Games on ABC. If you love her acting, then you will be happy to know the different she has starred in. They include:

Is Megalyn Echikunwoke married? Most fans are interested in the answer to this question. The truth is that she is still single. For a long time, fans knew about the Megalyn Echikunwoke Chris Rock couple. Megalyn Echikunwoke began dating Chris Rock in 2016 after he separated from Malaak in 2014 and finalized their divorce in 2016. It appears as though that Rock's reluctance to settle down after a messy divorce with his ex-wife is the reason

He had always been clear about not wanting to remarry. At the onset of their relationship, it appeared as though the actress did not have a problem with this since she was reportedly not very keen on the idea of marriage. The Chris Rock Megalyn Echikunwoke relationship was not easy to let go, especially for fans who had become accustomed to seeing the couple together.

The relationship between Megalyn Echikunwoke and Chris Rock was going steady for 4 years before reports emerged that the two had decided to call it quits after years of being together. Both Chris and Megalyn have not addressed the reasons for their split. What was clear to all, though, was the fact that Rock was not willing to remarry. It appears as though the ordeal with his divorce took a toll on him.

Megalyn Echikunwoke is a successful actress. She has been in numerous films, an indication of her immense success. She is a true inspiration to anyone chasing their dream amidst challenges and difficulties.