- Perekeme Kpodoh, a top member of the All Progressives Congress (APC) in Bayelsa, states reasons why the party suffered a recent blow at the Supreme Court

- Kpodoh accused Adams Oshiomhole, head of the party at the centre, and Timipre Sylva, a minister as responsible for what befell the party in Bayelsa

The shocking defeat suffered by David Lyon at the Supreme Court just hours before his swearing-in as governor of Bayelsa state has been linked to alleged roles played by Adams Oshiomhole, national chairman of the All Progressives Congress (APC), and Timipre Sylva, minister of petroleum.

A chieftain of the party in the state, Perekeme Kpodoh, named the two important figures in the ruling political organisation as responsible for the sudden plight that befell its

Kpodoh, who has played active roles in the sustenance of the in Bayelsa state, said the party should hold the two high profile members responsible and possibly sanction them for the way they handled the selection of those who stood for the election.

The chieftain said with the latest development, Lyon had been thrown into huge debts, which he would be made to pay alone. 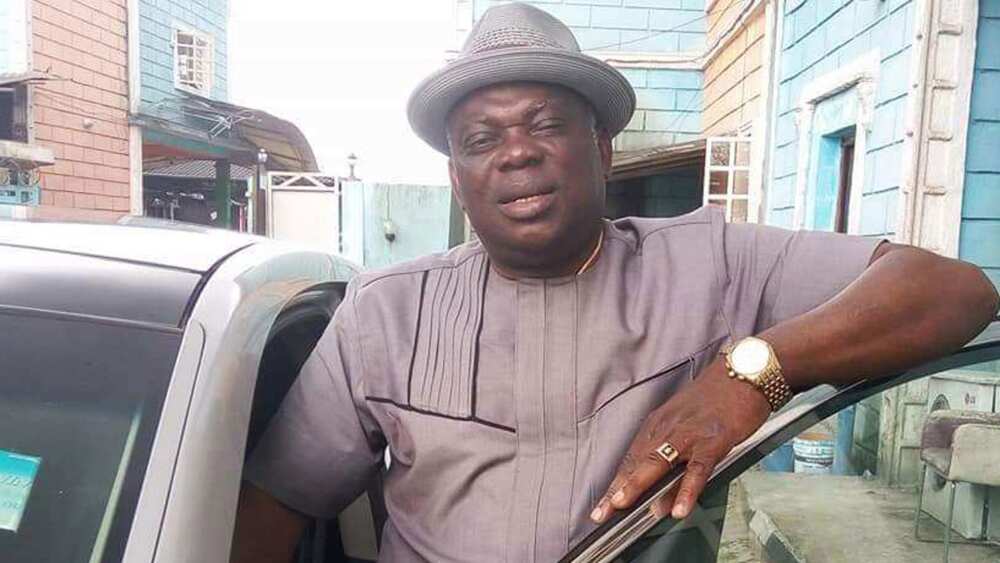 Chief Kpodoh accuses Oshiomhole and Sylva as responsible for what happened to APC in Bayelsa state.
UGC

He noted that Bayelsa people truly voted for the party during the election but that the party suffered because of what he described as the divide-and-rule strategy adopted by Oshiomhole and Sylva.

He chieftain lamented that with the Supreme Court judgement, the party and President Muhammadu have been brought to ridicule as a result of consequence of the action of the minister of and the national chairman.

According to Kpodoh, Sylva had succeeded in dividing the party and creating rancour among members with many sidelined despite their sacrifice.

"He brought in new people, he brought a man with fake certificate and you call yourself a leader of the party," Kpodoh lamented citing what happened between the minister and Heineken Lokpobiri, who aspired to be governor in the state.

He added that before the Supreme Court judgement, Sylva had selected his stooges for appointment in Lyon's administration.

"If it was Lokpobiri, this matter wouldn’t have ended like this. We said it during that period, but nobody listened to those who fought for the stability of the party," he added.

He accused Sylva of bringing Tiwe Orunimigha to become the state chairman of the party and that this development marked the beginning of crisis in the APC in the state.

He further accused Sylva of destroying the party in the state noting that the minister is not worth the position he occupies.

He further lamented that all the resources and energy put into the exercise are now deemed wasted as a result of the Supreme Court's decision.

"What we know is that this is nemesis. When you betray people, the God almighty will betray you and this is the betrayal," he claimed.

He said the situation still be reviewed while he stressed that what happened should make Oshiomhole listen to the members of the party when they speak.

"Who cares whether he is a minister of not? Have we not been seen ministers before? Was Dezeani not there? Is Dezeni not the one they are looking for up and down now?"

While urging the protesters in the state to remain calm, he said the party still had a chance because the candidate of the Peoples Democratic Party (PDP) did not record the needed votes that should make him the winner.

He said if the APC fought the battle well, the speaker of the state Assembly could be made to become the governor while a new election is planned.

Legit.ng earlier reported that a former president, of the who was sworn in following the verdict of the Supreme judgment.

. We have upgraded to serve you better.