- The apex court had on Thursday, February 13, sacked Lyon and ordered INEC to issue the certificate of return to PDP's candidate, Douye Diri

- Dickson, however, said he was vindicated by the judgement by the Supreme Court

Hours after the Supreme Court sacked the former governor-elect of Bayelsa state and candidate of the All Progressives Congress (APC) during the November 16, 2019, election, David Lyon, the outgoing governor of the state, Seriake Dickson, has reacted.

PM News reports that Dickson on Thursday, February 13, at a live media chat held in Yenagoa, the Bayelsa state capital, said the declaration of Douye Diri was clear evidence that the restoration government was finishing well and strong.

Legit.ng gathered that he said he had confidence in the governor-elect to do his best and out-perform him in virtually all sectors, adding that he had done a lot of work. 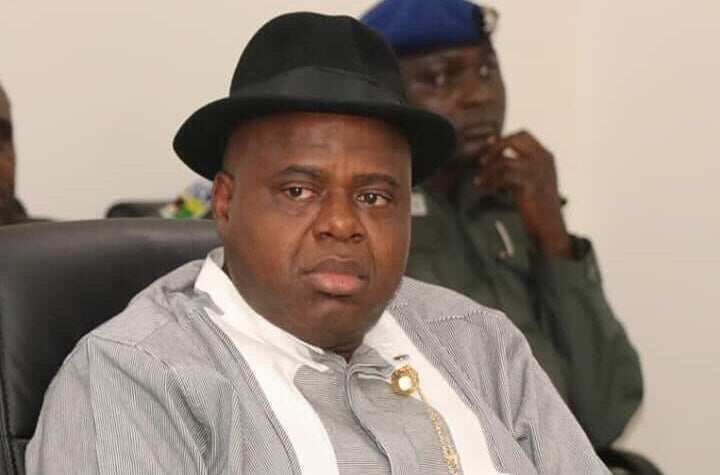 He, however, assured that the consultants, in collaboration with federal authorities, were working round the clock to ensure its release soon.

On why he delayed the commissioning of so many projects to the last days of his administration, he said he had made it clear that he would be working till the very last day.

He said he was not afraid of intimidation from anyone and hoped to finish well and strong, adding that the judgment of the Supreme Court was a clear vindication of finishing well and strong.

Governor Dickson, however, expressed mild displeasure at the conduct of some of his appointees who he said joined some mischievous elements in a failed attempt to protest, saying they were the ones that would eventually benefit and come back to have appointments in the next government.

He wondered why appointees would regard themselves as civil servants, adding that every political appointee must understand that he or she holds such an appointment at the pleasure of the government.

Meanwhile, Legit.ng had previously reported that election in Bayelsa called for the return of all members in the state who defected to .

It was reported that Diri, in his reaction to the Supreme Court's verdict on the state, said that he is willing to extend a hand of friendship and reconciliation to all members who deserted the party after the election.

In an earlier report, the court had dismissed challenging the candidacy of Lyon for lacking in merit.