Do we know much about our world, our countries, our cultures and what ethnic group we belong to? Most likely. But have you ever heard of the Iberian people? If not, let us give you a short history lesson on this topic. Perhaps, some of you already know who Iberians were and where they lived, but if you are not a history professor, there is little chance that you have heard of it. 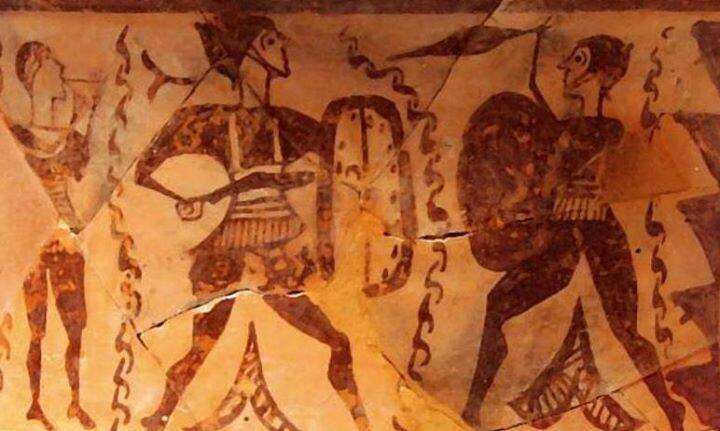 A lot of us were obsessed with Greek or Egyptian mythology when we were kids. Usually, it all starts with the ancient times. When we are talking about first civilizations, the first information we remember from our classes is about ancient Rome, Greece, such ethnic groups as ancient Mayan, Aztecs, Celtic, Inca and many others.

But there are much more interesting issues which were not involved in school program. For example, Iberians. Most of us have never even heard about them. But their origin and history is definitely worth your attention.

Iberian people lived on the eastern and southern coasts of the Iberian peninsula. Iberian peninsula, as you may guess from its name, is located in southwest corner of Europe, between Spain and Portugal. It also takes into its territory some parts of France, Andorra, some British overseas territories and the territory of Gibraltar. It is separated from the rest of Europe by the Pyrenees Mountains. It lies between the Atlantic ocean and Mediterranean sea.

It’s not hard to understand that the name “Iberians” comes from the name of the peninsula. In some Roman sources you may find the term “Hispani” and it also refers to them.

Many ancient authors mentioned the term “Iberian” in their works. And due to these works we can identify two main meanings this name includes. The first is typical one, which refers to all the possible populations of the Iberian peninsula without taking into attention ethnic differences. That means that all the nationalities living on that territory may be considered as Iberians whether they are Celts, Europeans or anyone else.

The second version restricts more to the ethnic sense, which means that Iberians are only those who live in the eastern and southern coast of the peninsula. The Greeks also called the “Iberia” after the Ebro river.

History of Iberia in brief In fact, Iberians have some cultural influence from Greeks and Phoenicians in their “genes”. They existed from the 6th century BC and to the 1st century BC, and they even spoke their own, Iberian, language.

The Iberian Peninsula has been inhabited for over a million years. Some Iberian civilizations were developing during the Bronze Age. In the first millennium, Iberia was invaded by Celts which came from central Europe and intermarried the local people.

Same story with the Phoenicians, Greeks and Carthaginians. They all successfully settled along the Mediterranean coasts and created the trading colonies, which existed as colonies for a really long time.

The most famous colonies founded by Phoenicians, Greeks and Carthaginians are:

All the colonies were very important as they were trading centers. The most important one was Carthago Nova. In the year 219 BC, there was a special period of time for Iberia (during the Second Punic war). Iberian peninsula was annexed, and all the territory with its colonies became the province of Roman Empire called Hispania.

Hispania was one of the main suppliers for Roman Empire. They supplied them with food, olive oil, wine and metal. Romans replaced almost all of the spoken languages on this territory and that’s how the Spanish and Portuguese languages appeared. The one exception is Basque language.

In the early 5th century, the tribe named Suebi, arrived to the Iberian peninsula. They were Vandals, as were their allies, the Sarmatian Alans. And only Suebi actually endured after the arrival of Germanic invaders, the Visigoths expelled the Vandals and the Alans.

From the 8th to the 15th centuries, some parts of the Iberian peninsula were taken by the Moors (Arabic tributes) who had crossed the North Africa to get there. Such arrival of Arabs forced Gothic nobles to take refuge in the unconquered Austrian highlands. And while being there, Goths decided to reconquer their land from the Moors. That war is known as Reconquista.

Iberian peninsula was a part of Islamic Almohad Empire for a really long time. The last Muslim stronghold was Granada. During this time, Castillian and Aragonese were combined.

In the medieval times, the peninsula included a lot of small states like Casille, Aragon, Navarre, Leon and Portugal. Today, the population of the Iberian peninsula is known as modern Portugal, Spain and Andorra.

The Iberian peninsula has seen a lot during its time, and it is strange that we do not learn about it in school. We hope you have been able to learn something new from this!