- Tschilidzi weathered all odds to show that when one's mind is set on something great, nothing is impossible

A man has taken to social media to show just how full of possibilities life is to those who work hard.

Tshilidzi Nenzhelele started off living in a mud hut but did not let those circumstances stop him from obtaining his PhD.

Nenzhelele shared his story on the Facebook #ImStaying group. He narrated how he used to live in a mud hut and ride on a donkey cart for transportation.

Despite these circumstances, he studied further and managed to obtain his PhD. 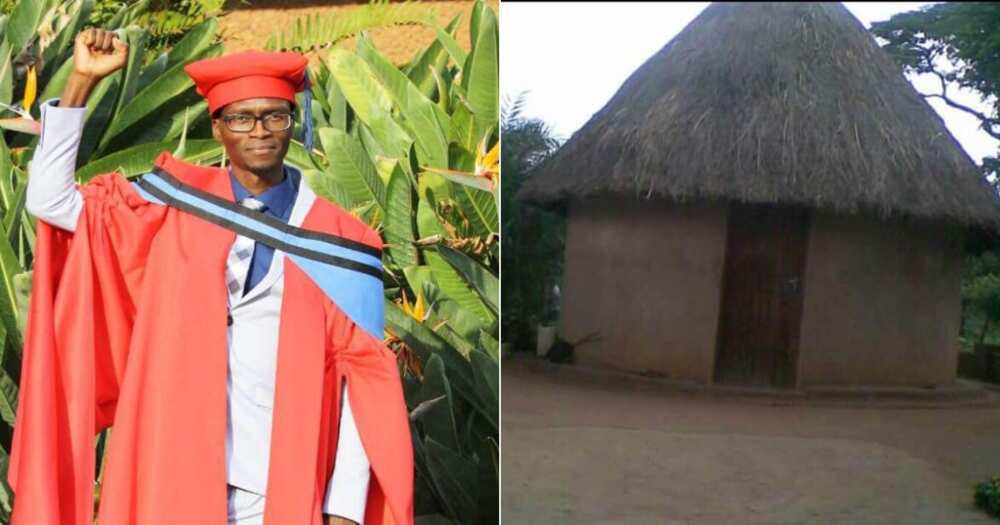 He encouraged fellow South Africans to reach beyond the minimum in order to achieve a better future.

"Congrats...and thanks for inspiring words."

"Congrats Dr, your post is so so inspiring, you have made my day, thanks for sharing."

"I salute you. Continue spreading this message?"

"Congratulations! Keep going! So proud of you!"

"What a legend! Well done, you are the future of SA that we are all very proud of!"

He came from a very humble beginning as he was the son of a taxi driver. Though he was based in Illinois, he was given a big significant contract to renovate an airport in Chicago.

The most inspiring thing about his story is that the airport he renovated was the same place his father used to scout for passengers.

He is the head of BOWA Construction, the building company that led more than 25 subcontractors to change a warehouse into a sterling piece of artwork.

NAIJ.com (naija.ng) -> Legit.ng: We have upgraded to serve you better

How I graduated with a 6.0 CGPA – University of Ibadan best Geology student |