Nigerian music star, Davido, has taken to social media to tender an apology to everyone he may have offended after he taunted fellow singers, Peter Okoye, Kcee and his brother E-money.

Recall earlier on, Legit.ng reported the news of how the . He went further to brag about not using a wig unlike his colleagues Peter Okoye, Kcee and his brother, E-money.

While it appeared Peter took the joke well, it turns out Davido received backlash for what was meant to be a joke on social media.

He took to his Instastory to write: "Sorry to those that were offended by my hair joke. It's not a big deal. I'm going bald too." 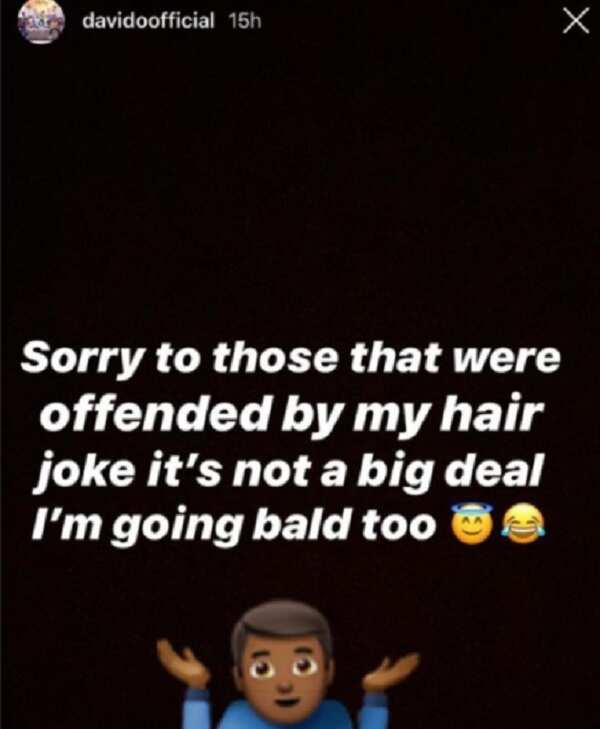 She accompanied the photo collage with a caption in which she described him with sweet and touching words. The singer’s wife made reference to his hairstyle over the years and noted that she loves any style he rocks.

By now, many fans of the singer are used to his public display of affection with his beautiful 24-year-old chef fiancee, who only a few months ago, bore him a son.

Just recently, the Good Time crooner, took to his Instastory to share a throwback photo of Chioma with whom he'll be getting married to in the year 2020.