- A Nigerian man, Oluwaseun Ajayi and his supposed lover, Inga Irbe, have been jailed by British court over fraud

- Report had it that the suspects also applied for bank accounts, loans and credit cards in customer names without their knowledge

A report by TWnews indicates that a Nigerian man living in Britain, Oluwaseun Ajayi and a woman said to be his lover, Inga Irbe, were on Friday, January 10, jailed following an investigation by the Met’s central specialist crime – Cyber Crime Unit.

Legit.ng gathered that the news medium, said while appearing at Croydon Crown Court, Ajayi, 39 and Irbe, 49 both of Orchard road, Dagenham, were sentenced to five years and six months and a community order of 12 months and 170 hours unpaid work respectively.

Ajayi was also found guilty with failure to comply with a section 49 RIPA notice (to disclose the PIN code to his phone). 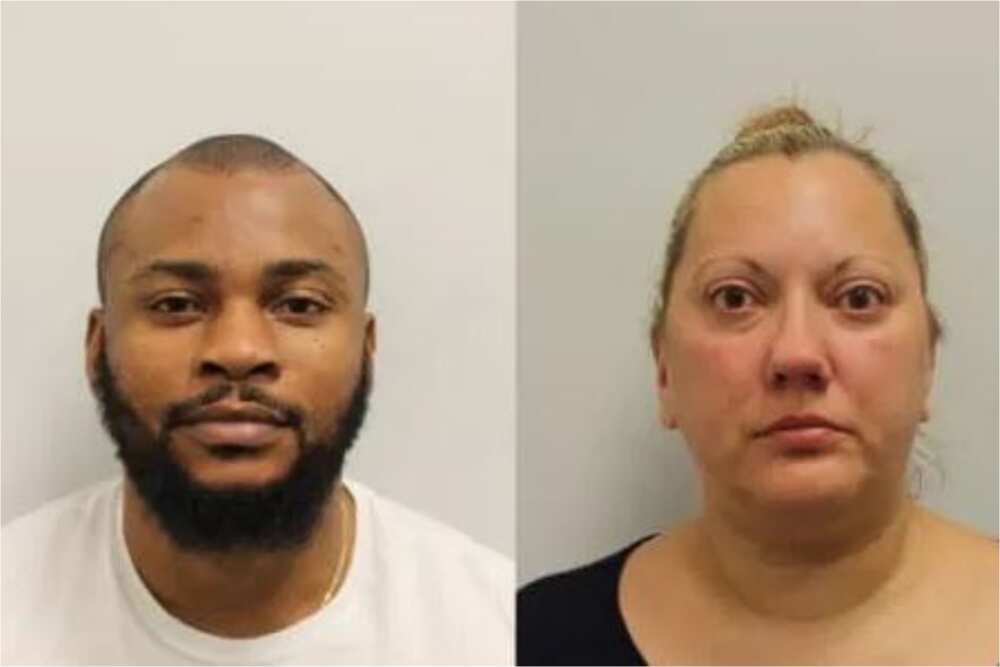 Nigerian man, lover who were jailed for hacking into over 700 bank accounts in Britain
UGC

The suspects also applied for bank accounts, loans and credit cards in customer names without their knowledge. On November 22, 2016 officers executed a search where they subsequently arrested Ajayi and Irbe for fraud by false representation.

It was learnt that a search of the room they were living in was conducted and various items were seized including mobile phones, iPad, laptop, a computer and a financial document. Both were arrested and bailed pending further enquiries.

On September 7, 2018 at 8.00 am, while the pair awaited a trial for the above offences, police executed a second search warrant. When officers knocked on the front door of the address, there was a delay in anybody answering the front door.

According to the report, officers saw Ajayi at an upstairs window in one of the bedrooms, while Irbe was downstairs. After a couple of minutes police warned they would force entry to the address. They eventually allowed officers access to the property.

Both suspects were then arrested on suspicion of Fraud by False Representation whereby they have accessed 27 customers’ bank and credit accounts. (TW News)

Meanwhile, Legit.ng had previously reported by the Economic and Financial Crimes Commission (EFCC) for impersonating the governor of the Central Bank of Nigeria (CBN), .

You accept money from a ? - Nigerians react | -