Professional British-Nigerian boxer, Anthony Joshua, is the man of the hour. Every lady is gushing over him and they all want him to be their dream man. Joshua has everything a lady is looking for, a good career, he is good looking and he is financially stable.

It all began after Okeke shared a photo of the boxer on her Instagram page. She described him as her spiritual husband.

Okeke noted that she would not mind preparing soup for him. Makinwa immediately replied to the post.

In what was obviously a joke, the media personality commented and asked her to stay away from Joshua. She asked her to leave her husband alone. 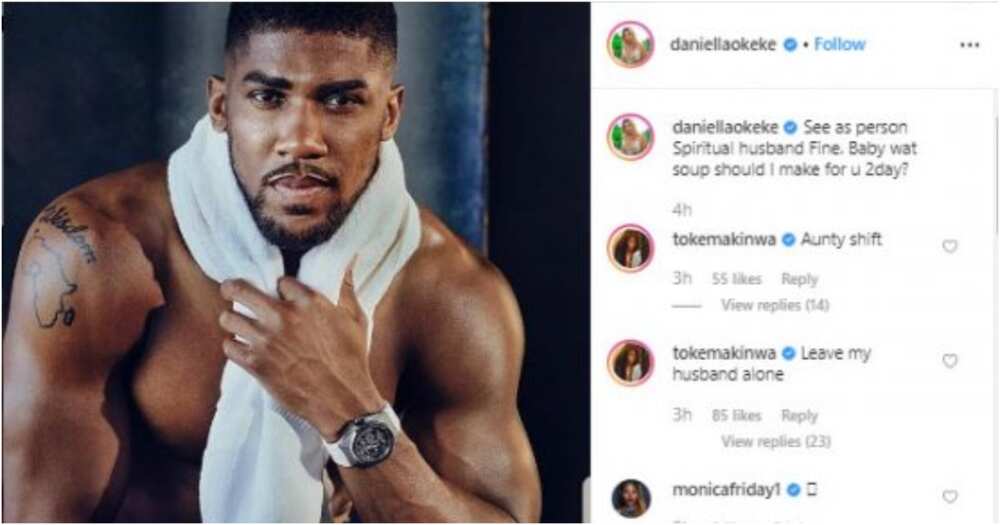 Meanwhile, Legit.ng had earlier reported that Rapper Zlatan Ibile The rapper made the statement after he won N10k from Joshua's rematch with Andy Ruiz. In his tweet, he also thanked Joshua for his N10k win.

Legit.ng also reported that Cuppy had received a . The DJ took to social media to show off the beautiful necklace she received from Joshua and noted that she is grateful for the gift because she is always the one giving.

Meet the family of boxing legend Anthony Oluwafemi Joshua - on