The federal government says it would soon finalize and disseminate a 5-year costed strategic plan for the implementation of the National SRHR policy for persons with disabilities.

This was disclosed by the minister of health, Dr Osagie Enahire on Tuesday, November 5 in Abuja.

The minister who was represented by a director in the ministry of health, Dr C Ugboko, made the statement at the project launch of 'Making It Work.'

Making It Work is an initiative of Disability Rights Advocacy Centre (DRAC) funded by Voice Nigeria, who are partners of the federal ministry of foreign affairs in the Netherlands.

The initiative is geared towards initiating actions for the implementation of the national policy on sexual and reproductive health and the rights of persons with disabilities with emphasis on women and girls.

The Minister hailed DRAC for the inititative and revealed that the organisation worked with the Ministry to produce the landmark policy. 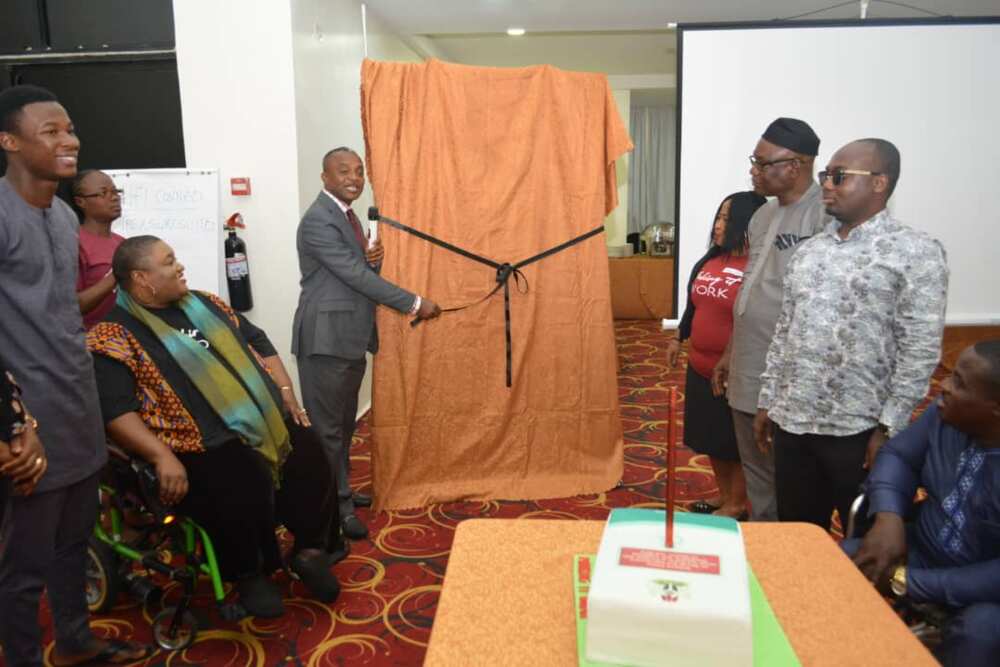 “We are very glad to associate with DRAC. There are not many organisations working hard for the rights of persons with disabilities, but DRAC has stood firm and has been consistent over the years.

“The ministry has collaborated with DRAC in producing a policy that addresses the reproductive health of persons with disabilities which has gotten the approval of the National Council of Health.

“The 5-year strategic framework will be ready in a few weeks,” he said.

Speaking on the Making It Work Project, executive director of DRAC, Dr. Irene Patrick-Ogbogu, revealed that it is a two-year project which would be piloted in the FCT and would be implemented in collaboration with FCT health sector stakeholders who were also present at the meeting.

According to her, the goal of the project is to among other things, improve sexual reproductive health of women and girls with disabilities, get the commitement of health stakeholders to implement the policy and ensure it is popularized.

In Nigeria, the World Health Organisation estimates that 25 million persons are living with disabilities.

Dr. Patrick-Ogbogu lamented that persons with disabilities have limited access to education and are forced to cope with inadequate health services hence DRAC's mission to address the issues through the project.

She described the project as a new journey for DRAC as an organisation, declaring the commitment of she and her team towards advancing the rights of women and girls with disabilities.

At the event, stakeholders were taken through the goal, objectives, components, outputs and expected outcomes of the Making it Work project and were given the opportunity to join the project implementation hub.

There was also a keynote presentation titled: Sexual and Reproductive Health Rights of Women and Girls with Disabilities: An Urgent Priority, delivered by Ngozi Nwosu-Juba, Executive Director of Vision Springs Initiative.

DRAC partners such as, Women Africa, the Disability Rights Fund, Centre for Deaf Inclusion and the FCT chapter Joint National Association of Persons with Disability delivered goodwill messages at the event.

Highlight of the event was the unveiling of the Making it Work project banners and the cutting of a to signal the commencement of the project.

How we survived polio epidemic - Survivors |