- Udak-Joe Ntuk, a Nigerian, has been appointed by the governor of California, Gavin Newsom, as an oil and gas supervisor

Udak-Joe Ntuk, a Nigerian, has been appointed by the governor of California, Gavin Newsom, as the state's oil and gas supervisor, which will be responsible for managing the Division of Oil, Gas and Geothermal Resources (DOGGR).

reports that DOGGR uses the power of science and sound engineering as a regulatory means to drilling and management of oil wells.

It should be noted that the division is always concerned about the public and environment and the impact of oil activities impact them in California.

According to a statement from the governor’s office, the governor said Ntuk had served as petroleum administrator for Los Angeles, the next biggest city to California in the US.

“In Los Angeles, he was responsible for oversight and policy of oil fields, gas storage facilities, petroleum refineries and pipeline franchise agreements.

“Prior to joining the city of Los Angeles, he had worked for several companies, including Tyco, General Electric and Chevron,” he said.

Gavin went further to add how the Nigerian has used its potentials to provide viable technical solution in various department in the city. 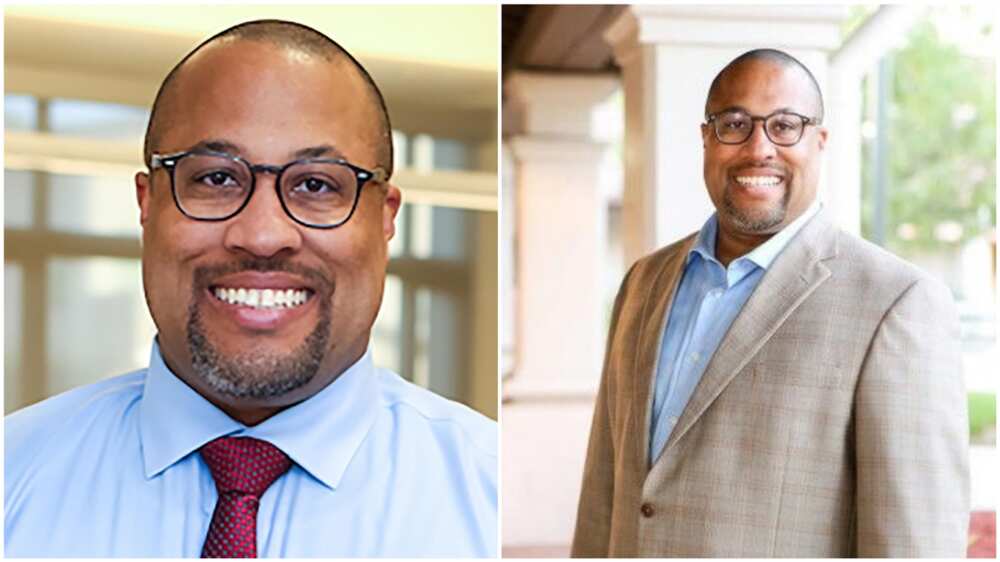 Prior to his recent appointment, he has served as an oil supervisor in Los Angeles, the second biggest city in the US. Photo credit: Vanguard
UGC

He also added how Ntuk believes so much in the inherent quality Nigeria hold and how he is willing to use his skill to develop the nation’s petroleum industry.

“A Nigerian-based Oil and Gas Consulting Company is exploring the possibilities and has initiated discussions regarding building a business relationship between the Nigerian oil and gas industry and the state of California through Mr Ntuk.

“He is the first Nigerian-American to hold this position in California’s history and his family is from the Port City of Calabar, Cross River State,” he said.

Meanwhile, Legit.ng earlier reported that Oluseun Alli raised the bar higher among Nigerian achievers in diaspora by being the very first person to implant .

Watchman device is said to be a permanent heart gadget that is approved and is used to combat stroke in patients through what is called non-valvular atrial fibrillation.