In what could be described as a hilarious case of making lemonades out of lime, a Nigerian woman has seized the bull by horn, by using her health challenge to rake in some cool amount of cash for herself.

The woman, who is said to be suffering from a medical condition identified as Ehlers-Danlos Syndromes (EDS), is able to contract her arm as she pleases, due to a genetic connective tissue disorder that comes with symptoms such as loose joints, stretchy skin and abnormal scar formation.

However, rather than let the condition control her, the woman got busy with some Nigerian pastors and aided them deceptive miracle schemes for their congregation.

Recall that Legit.ng previously gathered that several Nigerians flooded social media with , and showed two different pastors performing the same miracle on the same woman with the same health condition. 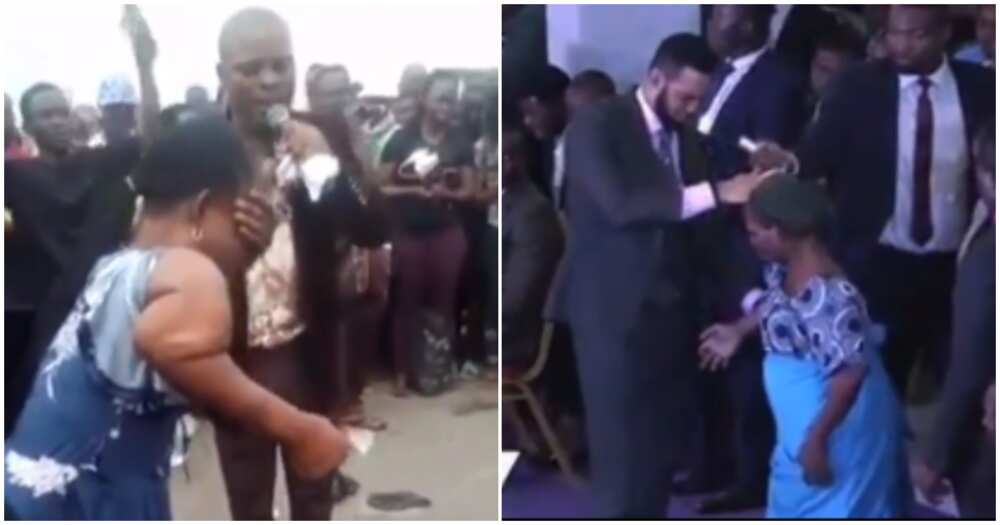 Well, it appears the woman has aided more than two pastors in creating faux miracles, as more videos have surfaced online showing completely different men of God taking advantage of her condition.

One of the pastors identified as Prophet Abbey Godswill, is reportedly the found of the Ambassadors of Christ Assembly. 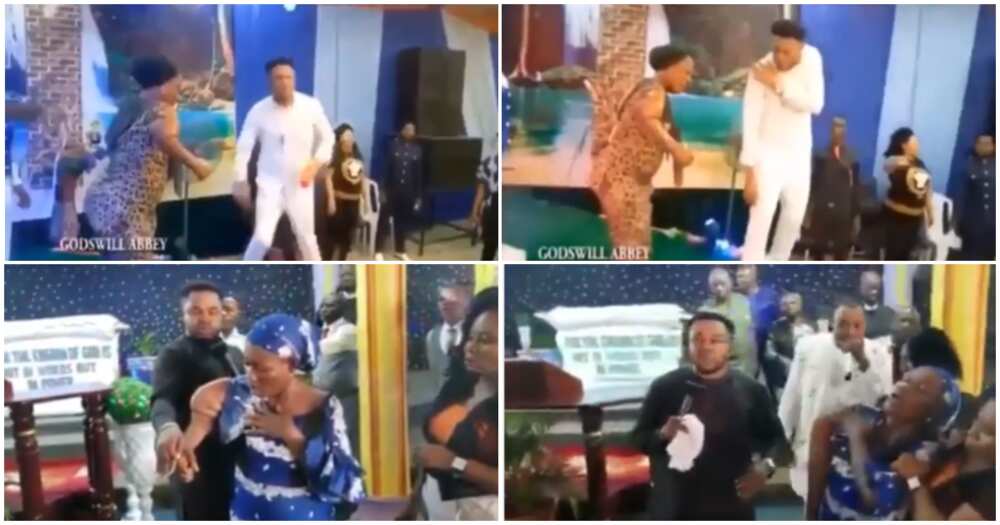 Meanwhile, Legit.ng previously gathered the report of a fake pastor that was nabbed in Anambra state, after trying to The unidentified pastor was caught digging the ground to plant his idol.

How to identify a fake pastor – Gospel star |