How many funny potato puns and jokes do you know? Well, the food may not be new to you, and it is also among the most consumed vegetables in the world. There are also lots of hilarious jokes, quotes, and pick up lines created about it. Apart from its sweetness and nutrition, you can now enjoy the funny things people say about the spud. 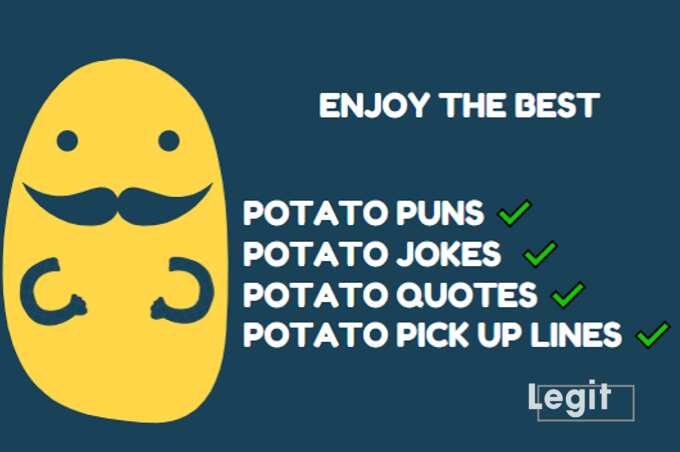 A potato joke is a simple, humorous statement that is meant to create fun for people. Besides, you can also relish amazing potato funny quotes and romantic lines about it that may help you get the attention of the people you love. 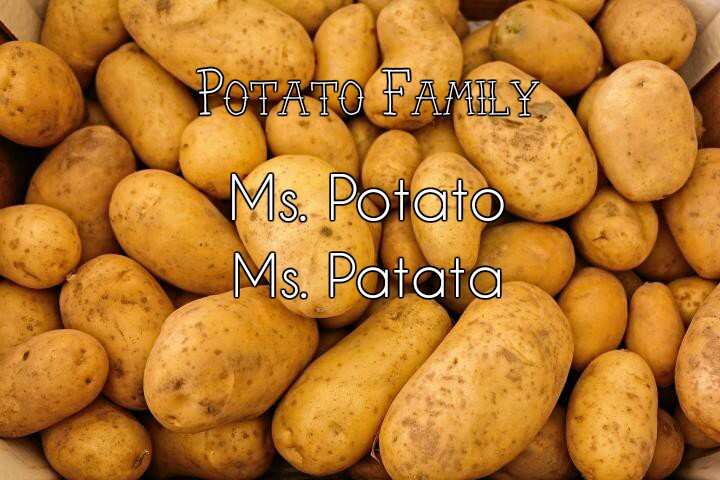 How many funny puns about the tuber do you know? It is time to sit down and enjoy the best potato jokes that will brighten up your day.

What's a potatoes favourite horror movie? The Silence of the Yams. How does a potato win at Street Fighter? By mashing the kick button. That tickles, what are we going to do over the deep fryer? Why do potatoes make good detectives? Because they keep their eyes peeled. Why did the French fry win the race? Because it was fast food. Just leave a trail of French fries. I'll get there. 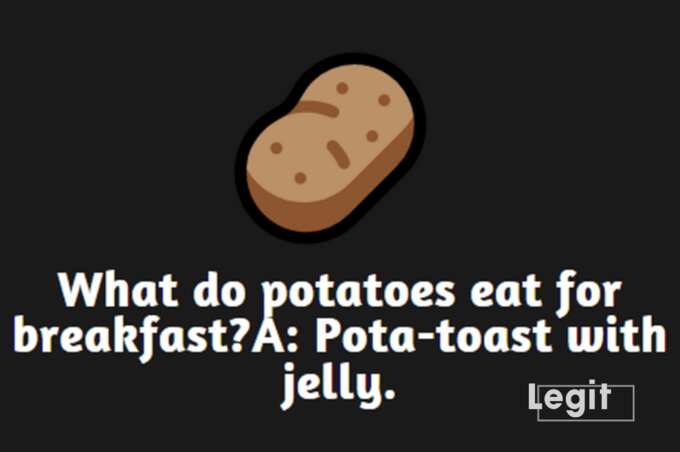 What instrument does a spud play? A 'tuber.' I didn't choose the spud life, but the spud life chose me. Why did the potato cross the road? He saw a fork up ahead. Suns out, tots out. Mash me and give thanks. What's the difference between Lays spud chips and a balloon? Balloons should be filled with air. What's an Irish seven-course meal? A six-pack and a spud. How did a burger propose to a fry? With an onion ring. What did the daddy potato say to his son before his soccer game? I'm rooting for you! What did the teacher say to the bad spud? You'll never sprout to anything. 'How was your day?' 'It was tater-ible.' Why wouldn't the reporter leave the mashed potatoes alone? He desperately wanted a scoop. The same boiling water that softens spuds hardens eggs. It's all about what you are made up not your circumstances.

Some puns and jokes can be created using spud-related words in a sentence to replace certain words.

She 'tatered' (Teetered) after her dog in her high-heeled shoes. They disappeared all of a 'spudden' (sudden). 'Tuberd' (too bad) the shoes don't fit you. The New York 'Yamkees' (Yankees) are up 3 points. Don't 'fry' (try) this at home. You are a 'peeler' (pillar) of strength in our community. We're a perfect 'mash' (match). Shape up or 'chip' (ship) out. 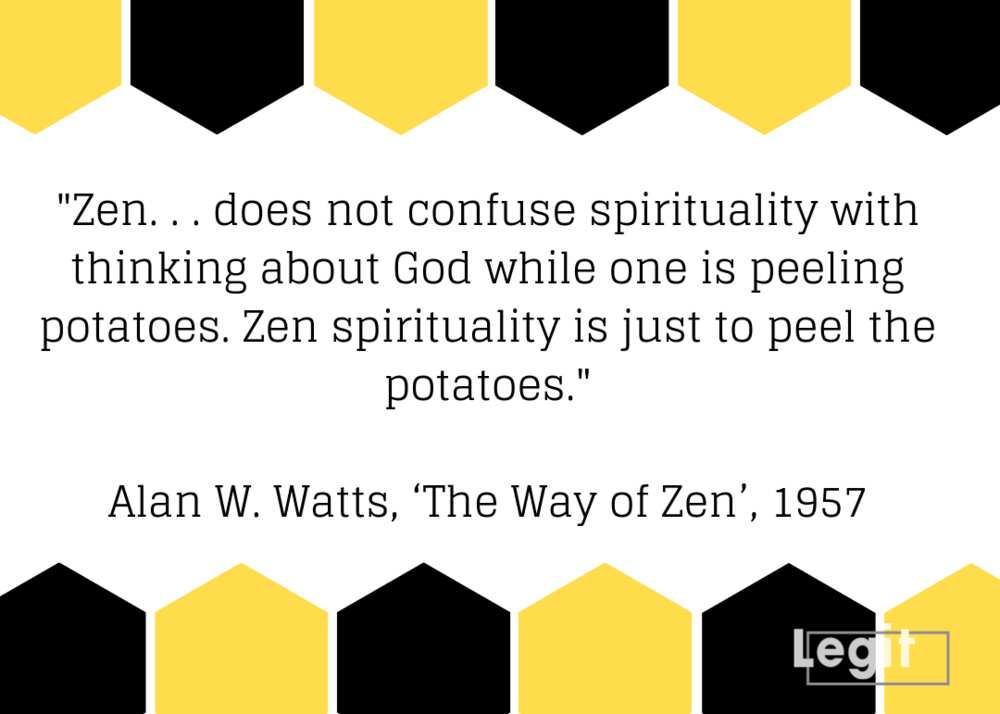 In case you have not had enough of the jokes and puns, there are also inspiring quotes about spuds that will make you laugh. You can also use them in your day-to-day conversations.

"The man who has nothing to boast of but his ancestors is like a potato - the only good belonging to him is underground." – Sir Thomas Overbury (1581-1613). "Never judge a potato by its skin. One day, it will be french fries." – Ian Wilson. "Magic was precarious by nature, and potatoes were safe by comparison." – Michelle Franklin, Baba Connridh: A Frewyn Fable. "What I say is that, if a man really likes potatoes, he must be a pretty decent sort of fellow." – A.A. Milne. "Money is the root of all evil, and yet it is such a useful root that we cannot get on without it any more than we can without potatoes." – Louisa May Alcott, novelist (1832-1888). "I have made a lot of mistakes falling in love, and regretted most of them, but never the potatoes that went with them." – Nora Ephron, 'Heartburn.' "I appreciate the potato only as a protection against famine, except for that, I know of nothing more eminently tasteless." – Anthelme Brillat-Savarin (1755-1826) "The Physiology of Taste" (1825). "I bought a big bag of potatoes, and it's growing eyes like crazy. Other foods rot. Potatoes want to see." – Bill Callahan, Letters to Emma Bowlcut. "It is a mistake to think you can solve any major problems just with potatoes." – Douglas Adams, English writer, humorist. "Peace of mind and a comfortable income are predicted by a dream of eating potatoes in any form." – Ned Ballantyne & Stella Coeli 'Your Horoscope and Your Dreams' (1940).

Spuds have a rich history in Ireland and are among the oldest foods in the country. There are several wise sayings about the tubers in Ireland. They explain the significance of the food in the lives of the Irish.

"That you might have nicer legs than your own under your table before the new spuds are up." –Irish Saying. "Only two things in this world are too serious to be jested on, potatoes and matrimony." – Irish Saying. "May the frost never afflict your spuds. May the leaves of your cabbage always be free from worms. May the crows never pick your haystack. And if you inherit a donkey, may she be in foal." – Old Irish Wedding Blessing. "Here's to eyes in your heads and none in your spuds." – Irish Toast. "The three most beautiful sights: A potato garden in bloom, a ship under sail, and a woman after the birth of a child." – Words of Wisdom from Ireland. 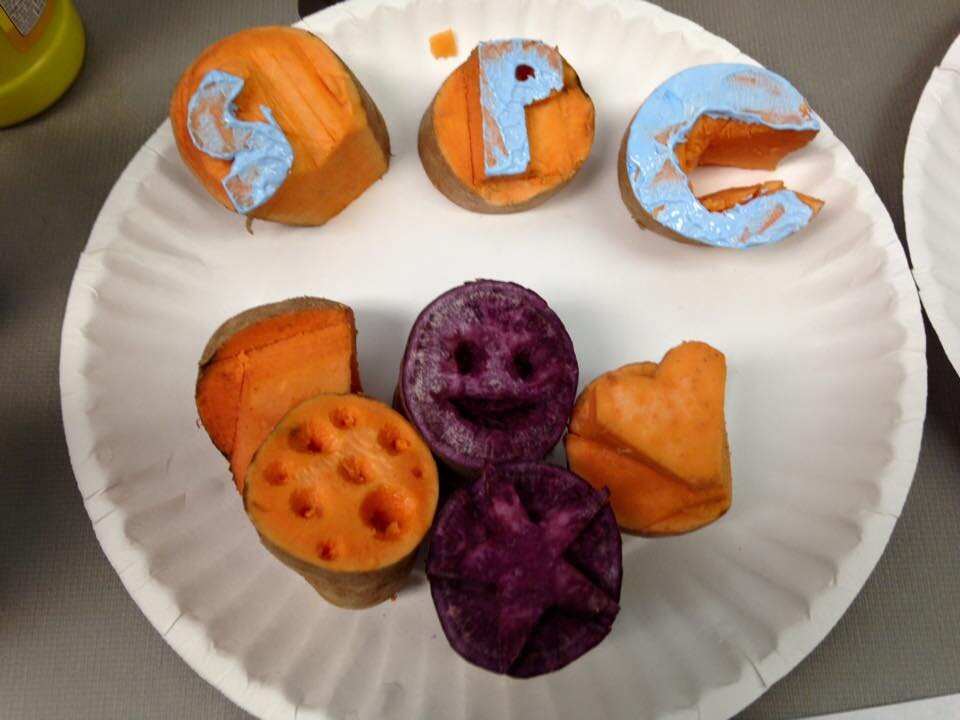 Apart from these funny potato puns, jokes, and quotes, we also have a list of fascinating romantic lines about the tuber that may also help you lure a friend. Perhaps this is what you need to set the mood for your romantic relationship.

I'm not sure if this is real, but I never want you to leave. You're just too sweet. Now, I think I need to call a dentist because of your sweetness. Know what would really mash my heart? It would be you rejecting my feelings for you. You must be pretty attractive because you get me all riled wearing that tuber. You must be hash browns because I wish I could wake up and have you for breakfast every morning. I must be Rick Astley because a full commitment is what I'm thinking of, you won't get this from any other fry. You must be a miracle because I've kept my eyes peeled for a tater like you. Seeing you makes me want to just put some ketchup on you and eat you up like French fries. Your nice and delicious face makes me want to dig in and eat you up.

You now know some of the best potato puns that you probably did not know. These jokes, quotes, and captivating lines can be used for kids or adults since they are clean and safe. Do not hesitate to share them with friends and brighten their moods.