The major headlines in mainstream newspapers today, Friday, September 6 are focused on the economic implications of the xenophobic attacks on Nigerians in South Africa, the South African government’s refusal to pay compensation to victims of the attacks, and the $9.6bn judgment against the federal government.

Kicking off the review, ThisDay reports the testy relations between Nigeria and South Africa due to the xenophobic attacks in the rainbow nation and the reprisal in Nigeria may affect the volume of trade between both countries currently put at over $60 billion.

The consul-general of the South Africa High Commission, Darkey Africa, had put the official trade volume between both countries at $60 billion.

Also, the National Bureau of Statistics First Quarter 2019 Foreign Trade Statistics also revealed that South Africa is one of Nigeria’s top five export destinations as the country exported goods with total value of N325.5 billion or 7.2 percent to South Africa within the period.

The publication obtained the data just as the two countries struggled on Thursday, September 5 to douse rising diplomatic tension which has spilled into the streets with reprisals against South African interests in Nigeria. The Nation reports that South Africa has snubbed Nigeria’s quest for compensation for its citizens who incurred losses from xenophobic attacks.

Nigeria is pressing for full compensation for victims of the unprovoked attacks and wanton killings.

The federal government’s envoy is in Pretoria in a diplomatic move to end the impasse created by the situation.

But South Africa’s minister of foreign affairs, Naledi Pandor, said on Thursday that payment of compensation was not in the country’s law. 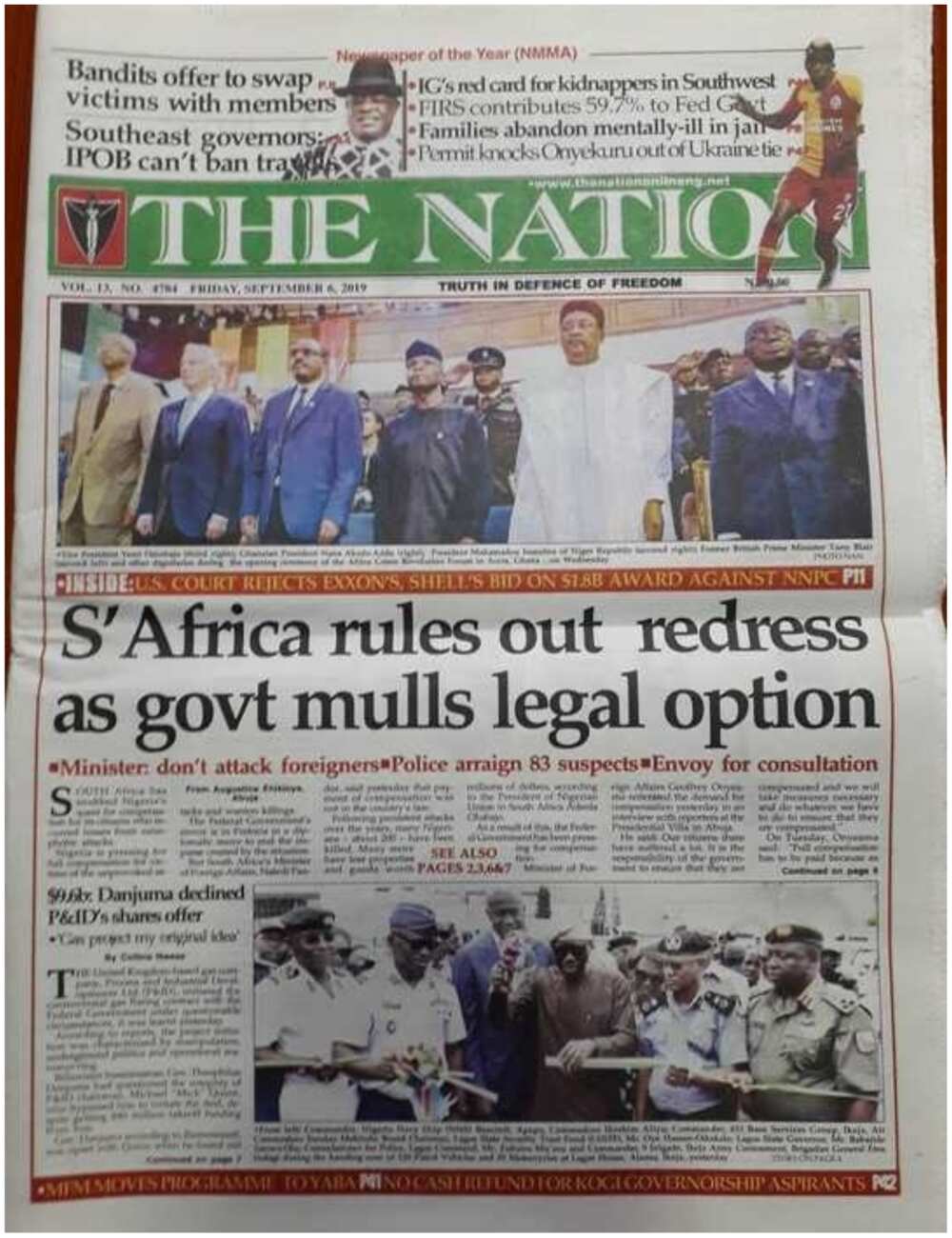 Still on the matter, Punch reports that the Lagos State Police Command on Thursday arraigned 83 persons who allegedly participated in the attack and looting of South African-owned mall, Shoprite, in protest against continued xenophobic attacks and killings of Nigerians in South Africa.

This is just as South Africa’s minister of international relations and cooperation, Dr Naledi Pandor, blamed drug dealers for xenophobic attacks on Nigerians and pleaded with the Federal Government of Nigeria to assist her country by preventing Nigerians dealing in narcotics from coming to South Africa.

Pandor, who spoke with an interview with an online news platform, enca.com, on the sidelines of the ongoing World Economic Forum on Africa on Thursday, said there was a widely held belief that many Nigerians in South Africa dealt in drugs, adding that the federal government should help to address this issue.

While she was speaking in South Africa, the 83 suspected looters were being arraigned before the Lagos state magistrates’ court at Yaba on six counts bordering on conspiracy, riotous assembly, arson, stealing, malicious damage, unlawful destruction of property and conduct likely to cause the breach of peace. 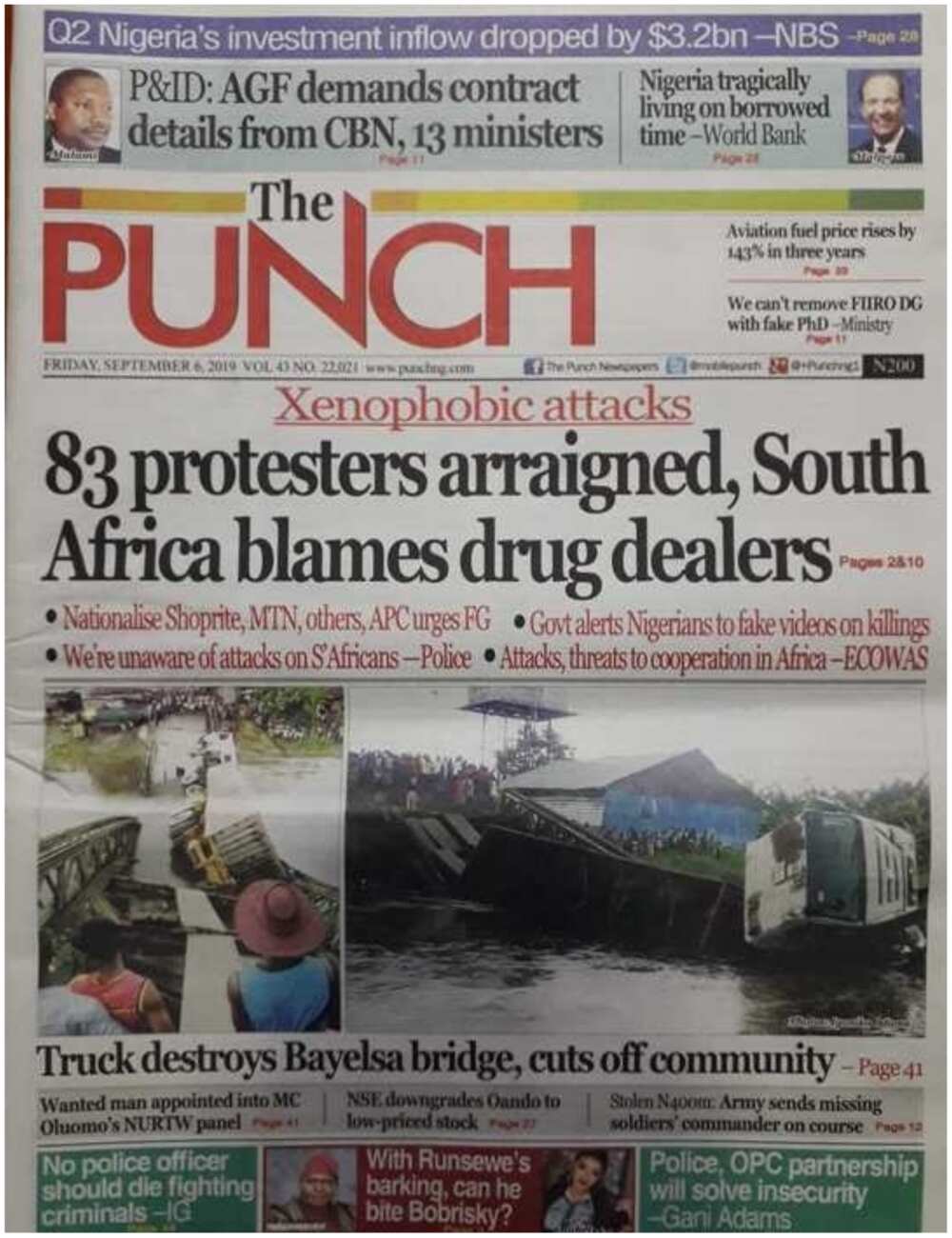 Rounding off the review, The Guardian reports that how Nigeria, as a sovereign nation, can repudiate the $9.6 billion judgment debt it incurred from a failed gas contract with Process and Industrial Developments (P&ID) remains unclear despite new reports suggesting that the Irish firm could have contracted the deal in a less than transparent manner.

On Thursday, constitutional and international lawyers failed to agree on whether the P&ID owner’s alleged history of corruption and the Nigerian government’s plan to plead sovereign immunity are enough to save the nation from losing more than 20 percent of its foreign reserves in payment of the arbitration award as confirmed by an arbitration tribunal and an English court.

Meanwhile, P&ID in a statement mailed to the publication, said it had not “heard from anyone in government since the Commercial Court judgment was issued on 16 August 2019.”

It continued: “The ball is in Nigeria’s court. If the Buhari administration is ready to desist from its campaign of baseless slander and sham investigations against P&ID and its founders and come to the negotiating table, P&ID is ready for serious talks.

“In the meantime, P&ID will continue its efforts to identify and seize Nigerian assets to satisfy the debt.” 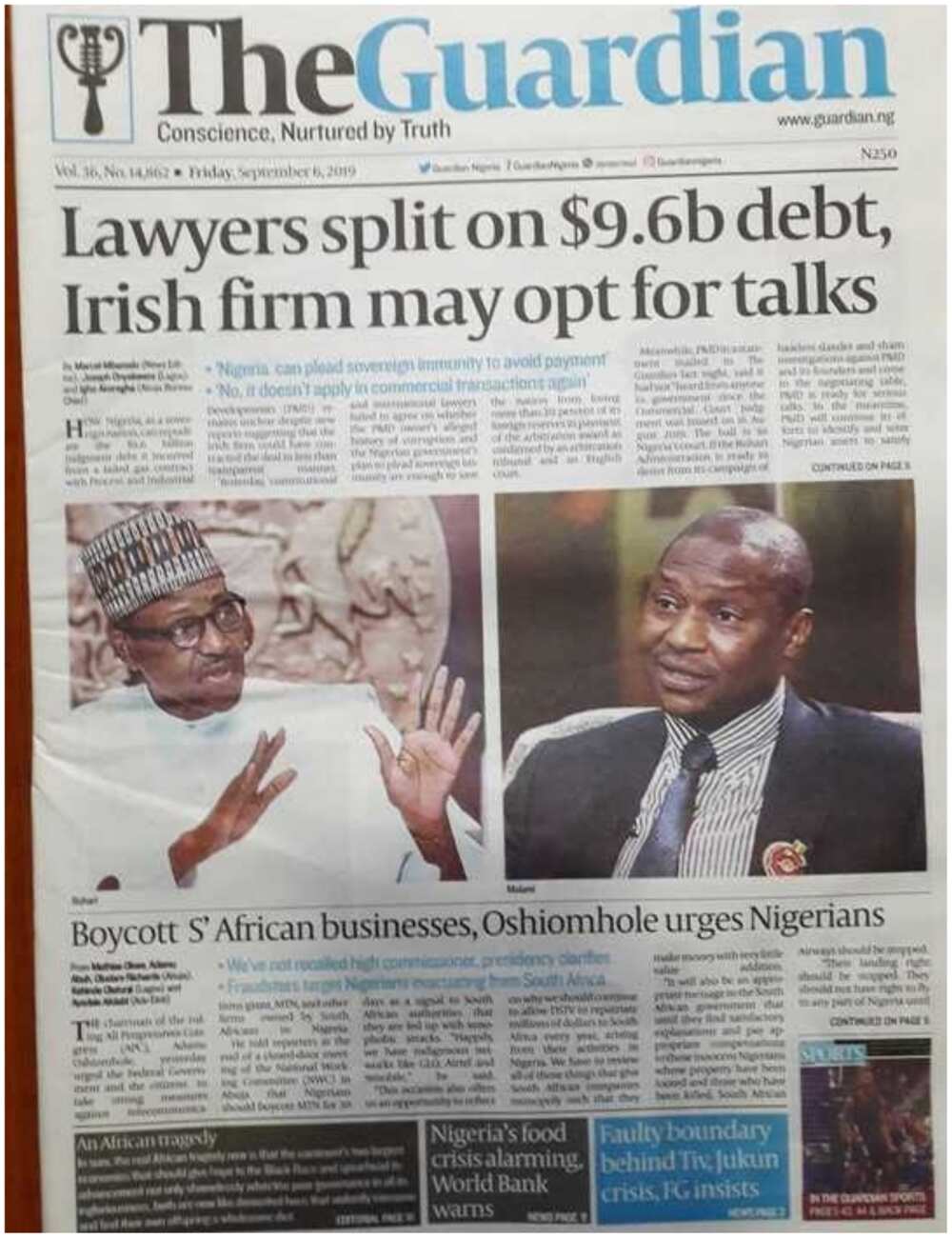