There is a reason why cats are among the most loved pets all around the world; they are cute, loving, and peaceful animals guaranteed to bring more joy to any household. This is not the only reason why we love our little feline friends, there are also very many cat puns, jokes, and quotes that make these creatures our favourite. 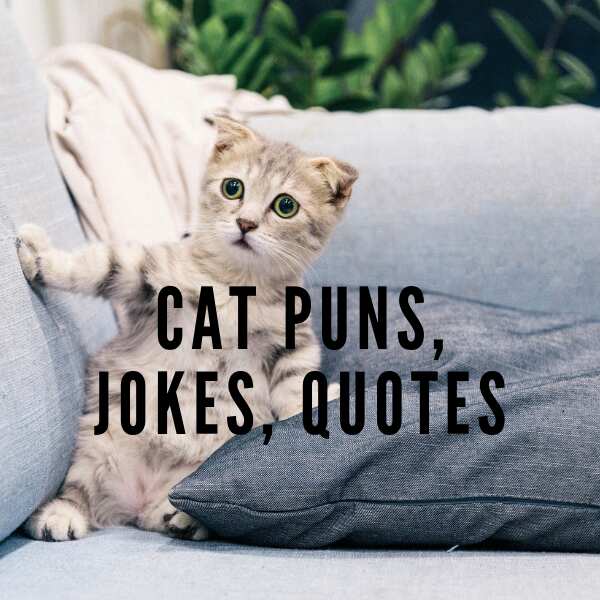 These furry creatures have been the subject of many popular memes, jokes, puns, and quotes, sample some of the most famous ones below.

Looking for some cheesy cat puns to use in a conversation? Here are some of the best so far

Did you hear why the cat got sent to detention? She had a lousy cattitude. What does the narcissistic cat say as she looks in the mirror? I am pawsitively sexy. What's a cat's favorite dessert? Mice cream. What did the cat say when her friend wouldn't believe her? "Listen, I'm fur real!" What do cats wear at night? Paw-jamas. 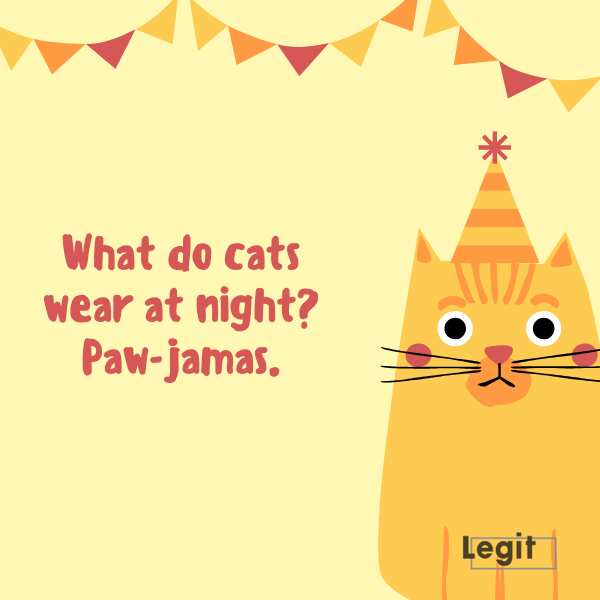 Did you hear about the cat who swallowed a ball of yarn? She gave birth to an entire litter of mittens. Why don't cats like computers? They get too distracted by the mouse. What do you call a cat that gets caught by law enforcement? The purrpatrator. There were ten cats in a boat, and one jumped out. How many were left? None, because they were all a bunch of copycats. What did the adult cat say to the kitten? "You're infurior to me." Why was the cat nervous to debate? He had a furmidable opponent! What did that cat say when she didn't want to commit to a date? "It's a pawsibility that I'll go." What do you call a cat that throws all the most expensive parties? The Great Catsby What is the difference between a comma and a cat? One is a pause at the end of a clause, and the other has claws at the end of its paws. Little mewmaid 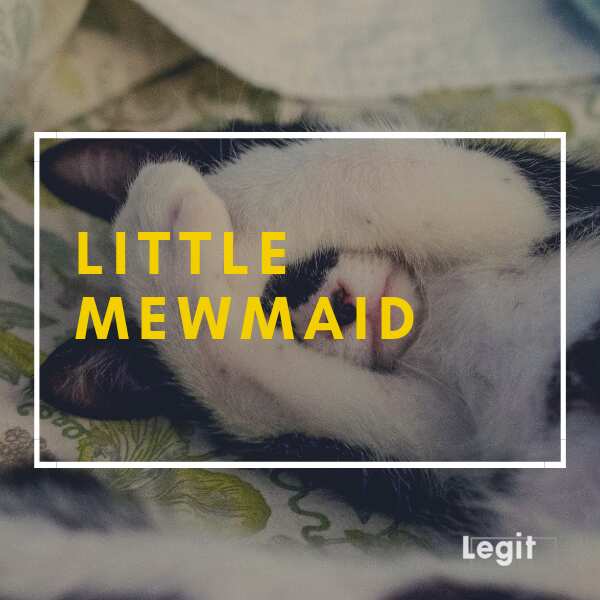 What does the narcissistic cat say as she looks in the mirror? I am pawsitively gorgeous. Looking good, feline good – this has to be the best cat pun out there.

Do you wish to add some humor into your conversations and text messages? Try incorporating some of these cat jokes into your dialogues.

For a man to truly understand rejection… he must first be ignored by a cat. What did the lions say to his cubs when he taught them to hunt?'Don't go over the road till you see the zebra crossing.' What do you call a cat who just ate a duck? A duck-filled platy puss. 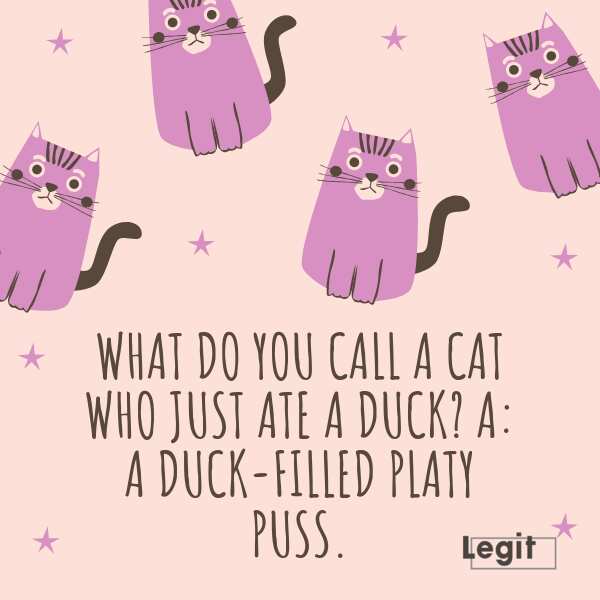 In what kind of weather is a vet the busiest? When it's raining cats and dogs! If a four-legged animal is a quadruped and a two-legged animal is a biped, What's a tiger? A stri-ped! What did the cat say when the mouse got away? You've got to be kitten me! Why do you always find the cat in the last place you look? Because you stop looking after you find it. How do felines maintain law and order? Claw Enforcement. What does the lion say to his friends before they go out hunting for food? 'Let us prey.' How does a cat decide what it wants from the store? It flips through the cat-alog! What did the cat say when he lost all his money? I'm paw! Did you hear about the passenger who had to be escorted off the airplane? She let the cat out of the bag. What is the most breathless thing on television? The Pink Panter Show!  Why are cats good at video games? Because they have nine lives! What do cats like on a hot day? Mice cream cones 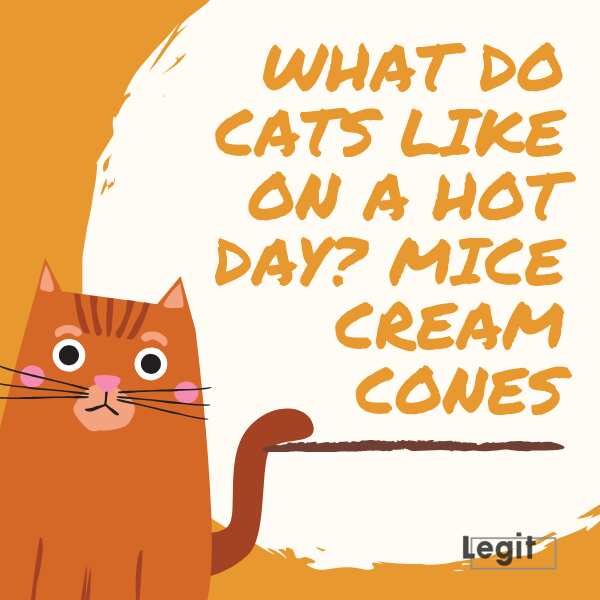 Why did the cat put the letter "M" into the fridge? Because it turns "ice" into "mice"! What do you call a lion who has eaten your mother's sister? An aunt-eater!

These cute cat quotes will remind you why these adorable creatures are many people's preferred pets.

"Cats do care. For example, they know instinctively what time we have to be at work in the morning, and they wake us up twenty minutes before the alarm goes off." - Michael Nelson "As anyone who has ever been around a cat for any length of time well knows, cats have enormous patience with the limitations of the humankind." – Cleveland Amory "There are few things in life more heartwarming than to be welcomed by a cat." Tay Hohoff In a cat's eye, all things belong to cats. "Authors like cats because they are such quiet, lovable, wise creatures, and cats like authors for the same reasons." - Robertson Davies 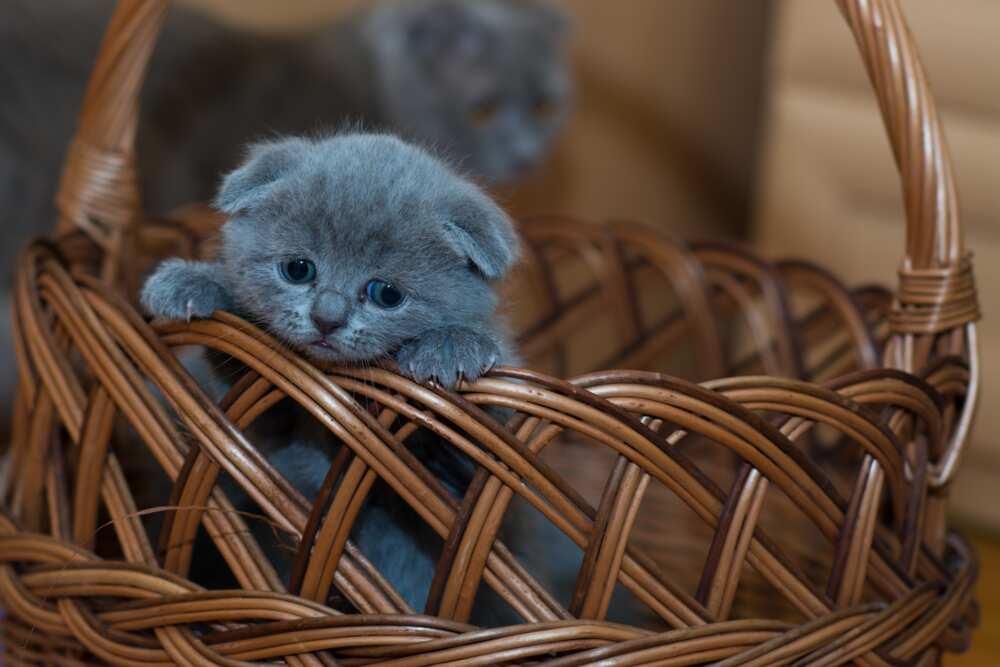 "When Rome burned, the emperor's cats still expected to be fed on time."- Seanan McGuire "Owners of dogs will have noticed that, if you provide them with food and water and shelter and affection, they will think you are God. Whereas owners of cats are compelled to realize that, if you provide them with food and water and affection, they draw the conclusion that they are God." – Christopher Hitchens "Of all God's creatures, there is only one that cannot be made slave of the leash. That one is the cat. If man could be crossed with the cat it would improve the man, but it would deteriorate the cat." - Mark Twain "I have felt cats rubbing their faces against mine and touching my cheek with claws carefully sheathed. These things, to me, are expressions of love." – James Herriot The problem with cats is that they get the same exact look whether they see a moth or an axe-murderer. - Paula Poundstone A lie is like a cat: you need to stop it before it gets out the door or it's really hard to catch. - Charles M. Blow "If animals could speak, the dog would be a blundering outspoken fellow; but the cat would have the rare grace of never saying a word too much." - Mark Twain "Perhaps one reason we are fascinated by cats is because such a small animal can contain so much independence, dignity, and freedom of spirit. Unlike the dog, the cat's personality is never bet on a human's. He demands acceptance on his own terms." – Lloyd Alexander "Cats have it all: admiration, an endless sleep, and company only when they want it." - Rod McKuen "What greater gift than the love of a cat."- Charles Dickens "Women and cats will do as they please, and men and dogs should relax and get used to the idea." - Robert A. Heinlein 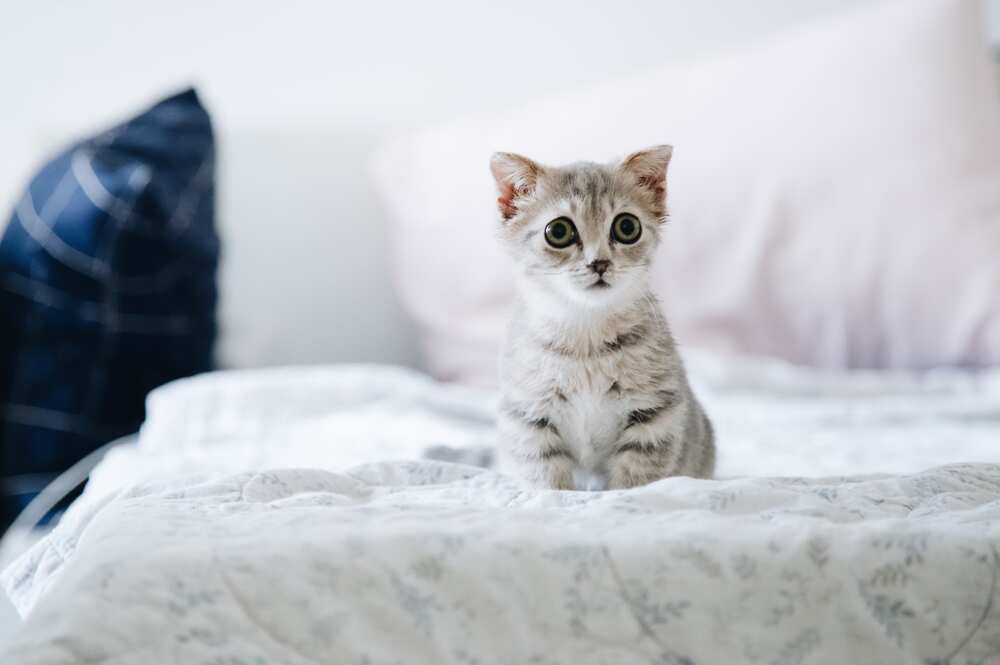 "Holding this soft, small living creature in my lap this way, though, and seeing how it slept with complete trust in me, I felt a warm rush in my chest. I put my hand on the cat's chest and felt his heart beating. The pulse was faint and fast, but his heart, like mine, was ticking off the time allotted to his small body with all the restless earnestness of my own." - Haruki Murakami, The Wind-Up Bird Chronicle "It is impossible for a lover of cats to banish these alert, gentle, and discriminating friends, who give us just enough of their regard and complaisance to make us hunger for more." - Agnes Repplier "Perhaps one reason we are fascinated by cats is because such a small animal can contain so much independence, dignity, and freedom of spirit. Unlike the dog, the cat's personality is never bet on a human's. He demands acceptance on his own terms."- Lloyd Alexander

These cat puns, jokes, and quotes are purrrfect, agree? Which other ones do you know? Keep the comments section alive by leaving one or two behind.