Popular Nigerian cross dresser, Okuneye Idris known as Bobrisky, is leaving people stunned as it appears he is well on his way to becoming a woman.

He recently took to his Instagram page to share some new photos in which has got a lot of people wondering if he underwent a plastic surgery or he wore something underneath his outfit.

The controversial cross dresser is pictured in a jumpsuit and a pair of sandal heels, flaunting his feminine curves. See photos below: Recall a while ago, the Snapchat 'diva' revealed that be would be going for surgery to make his bosoms and 'backside' more pronounced. Well, even though he is yet to speak on the matter, it appears he's had some work done on him. 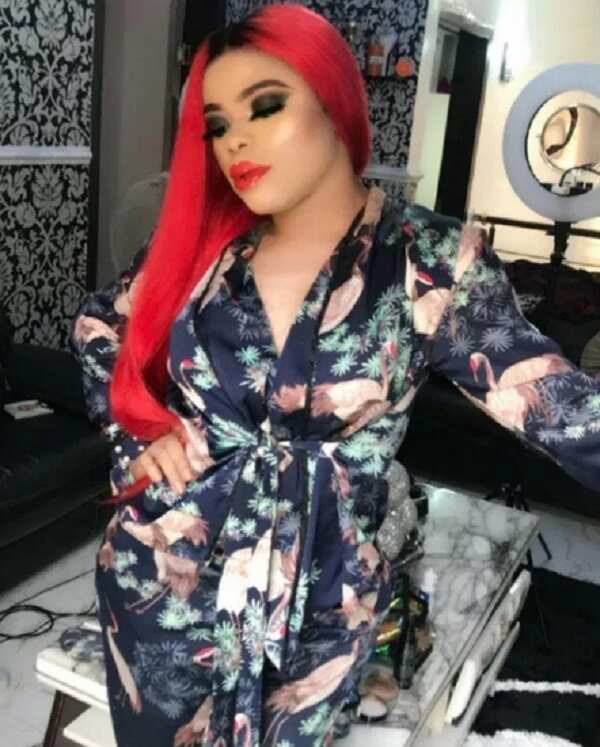 From wearing makeup to female clothing and now, feminine curves, it appears the cross dresser is well on his way to altering his gender as is prevalent with a lot of people these days.

Can you date, marry a yahoo boy? | TV