Anwulichukwuka Onwochei, a female undergraduate at the University of Lagos, has become a model for many after she shared her story on how she survives and plans for the future by selling garri. The young lady was sought out by Legit.ng after being exposed by a Whatsapp status.

Onwochei makes ends meet by selling garri in packs sold for fifty naira. According to her, she has so many plans for the future and do not want to wait till she is done with school before launching them. She believes in small beginnings and do not think she needs to do something big before she makes it.

Legit.ng had the privilege of talking to the pretty undergraduate inside UNILAG campus; she sat calmly with the garri she sells in pack as she put us through what her life entails. Onwochei’s zeal to sell garri was as a result of her love for it. Her inability to get the type she enjoys pushed her into getting it available for herself and others. 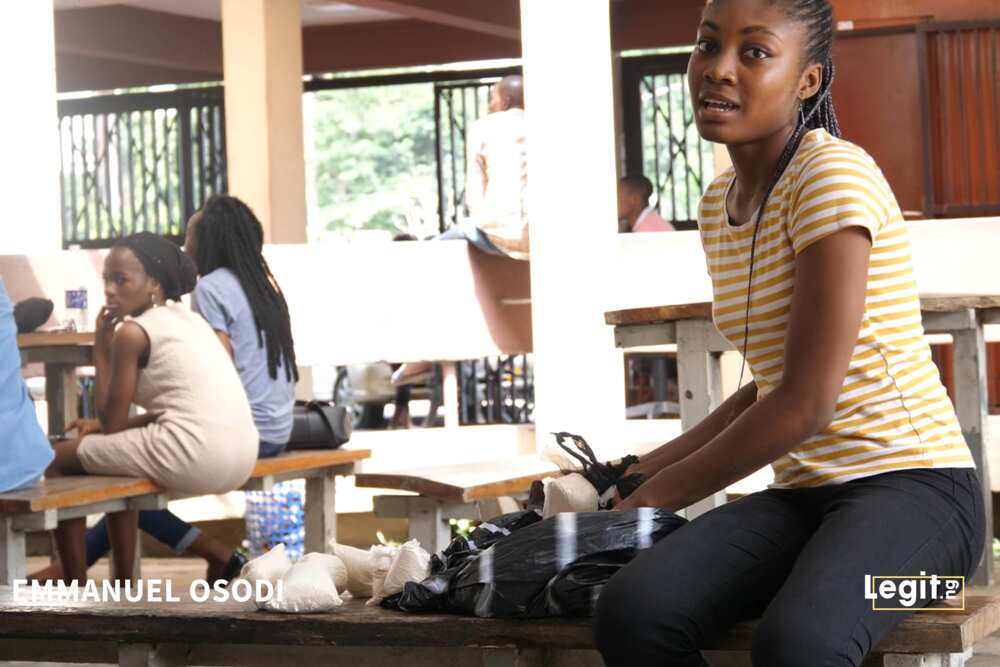 Onwochei claimed to have been proactive with her decision to sell garri as she solved a problem with it by making the Ijebu garri she loves available to everyone else. The profit she makes from selling the garri is about a hundred percent according to her. She considered it to be a good business. 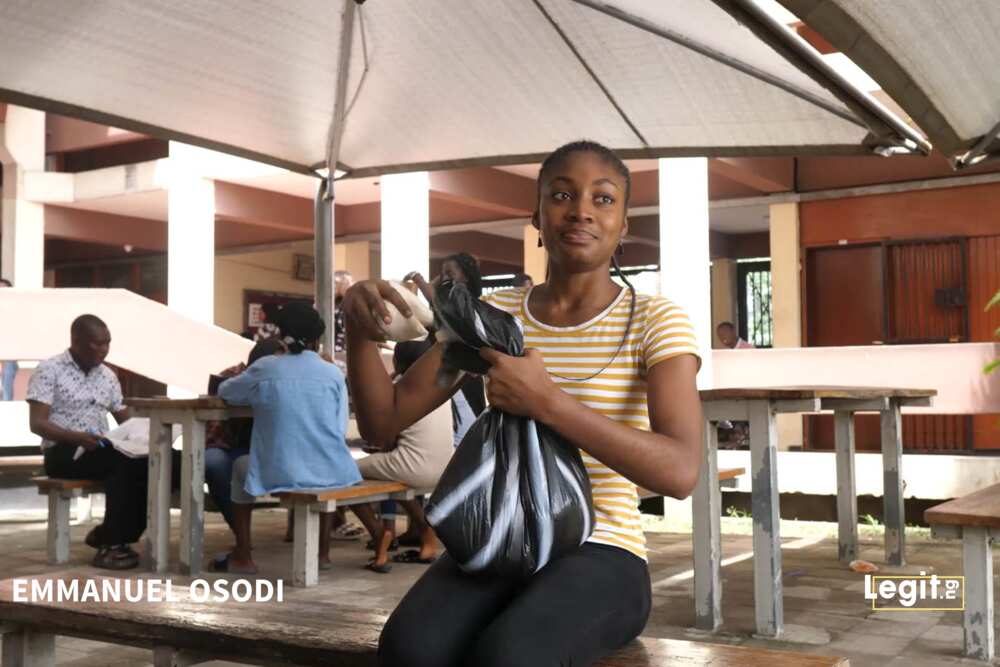 Onwochei with her garri packed in nylon.
UGC

The 18-year-old girl who is a second year student of English department said that she does not go around selling her goods in the school. People basically order when they need it. She also revealed that her beliefs will not make her sell her body for money. 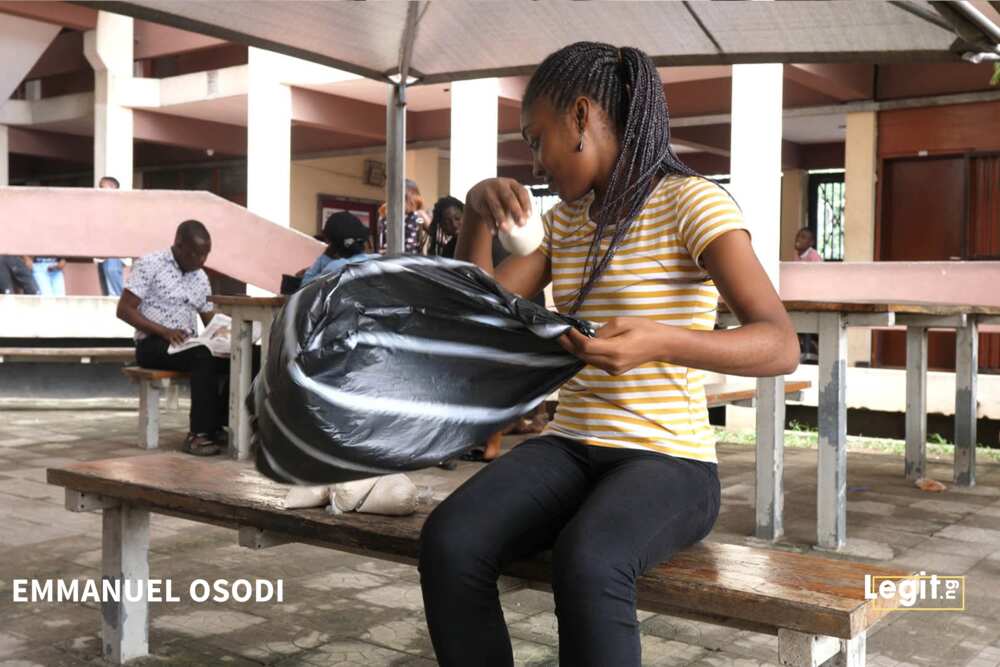 Onwuchei sells her garri based on order.
UGC

The young girl sells the garri in the evenings and sometimes during school hour. She takes the number of wraps ordered with her to school and have it delivered to the buyers. She has always nursed the idea of owning a business; thus, she believes she will take her garri business to the next level. 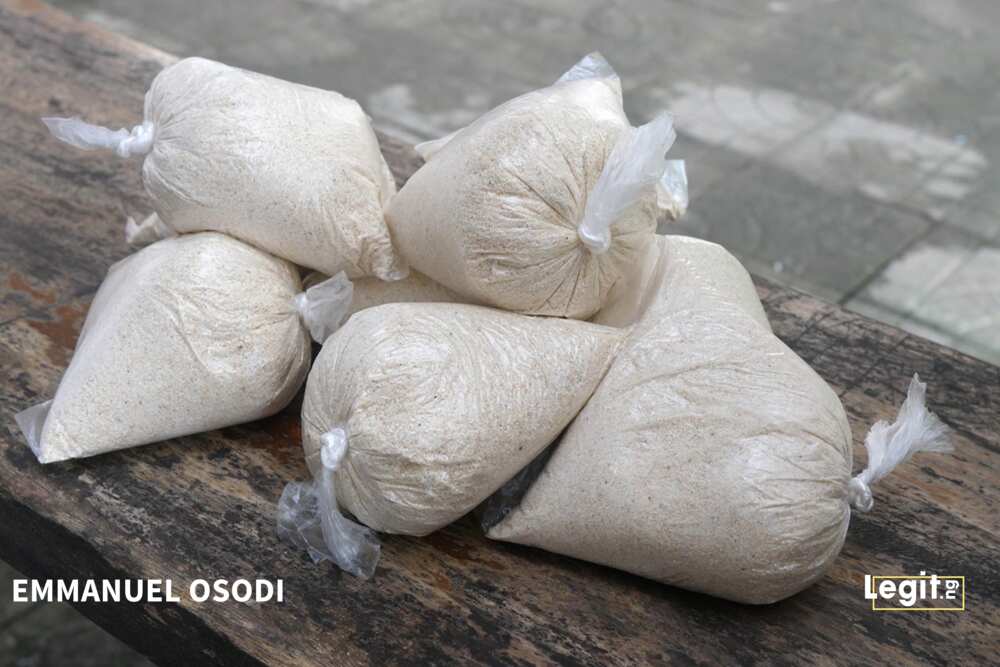 The crunchy Ijebu garri sold by the UNILAG undergraduate.
UGC

Apart from selling garri, Onwochei told Legit.ng that she makes hair, enjoys acting, singing, dancing and entertaining people. She believes the garri business will take her far and she is willing to continue in that line.

Anwuli: Meet the UNILAG undergraduate who sells garri for survival|