- The comedian, who popularly known as President Buhari's look-alike, narrated how he bought the house he was evicted from in 2015

A Nigerian comedian MC Tagwaye has decided to encourage his fans that hard work pays by sharing the story of how he bought a house he had been ejected from when he could not pay his rent.

The comedian, who became known for producing comedy skits about President Muhammadu Buhari, narrated his story on Facebook to inspire friends and fans.

MC Tagwaye is known as President Buhari's look-alike, and ever since he became famous, he has gotten gigs to entertain dignitaries, including the president himself. 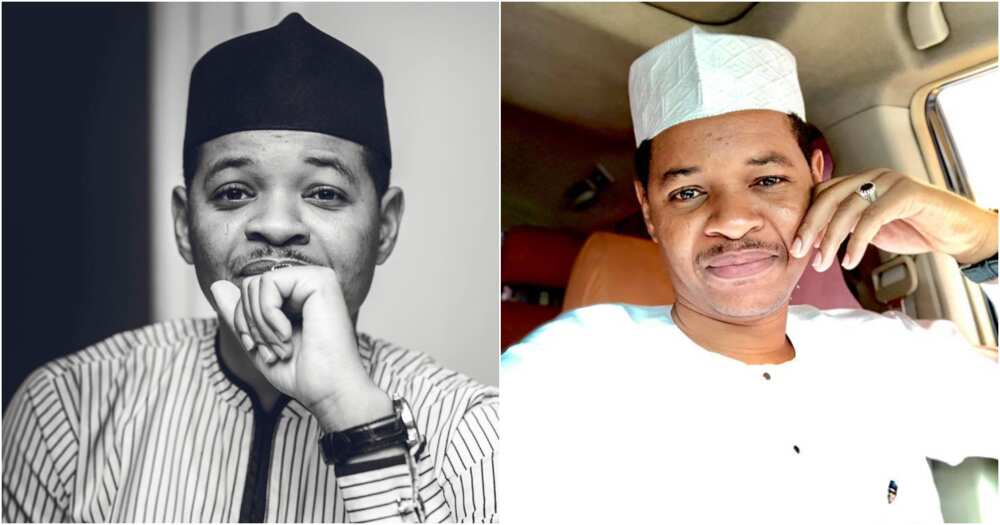 On the Facebook post, MC Tagwaye explained that he was sent packing from his apartment in in 2015 because he could not pay his N35,000 rent.

He narrated how he packed some of his belongings to a friend's place, and moved in with another friend. He said a neigbour had told him then to try and plead with the landlord to allow him to stay, but he refused because he was already humiliated.

The comedian noted that he continued hustling, doing different jobs just to survive and make something of himself.

MC Tagwaye explained that when he finally made it, someone called him in 2017 while he was Abuja to tell him that the house he was ejected from was on sale. He said he told the person he was interested in buying the place and asked them not to tell the landlord he was the one buying it.

According to him, when he found out that the neigbour that wanted to help him talk to the landlord was still there, he asked him not pay rent.

Meanwhile, Legit.ng had earlier reported that another comedian surprised his guests with performances by

Omobaba Interview at Legit Star Chat: How to Be a Successful Nigerian Comedian - on