- Recently, singer Simi and her husband teased themselves on Twitter in a loved up way

Nigerian female singer Simi recently teased her hubby Adekunle Gold. She did this after spotting a viral video of a man helping out with his wife's makeup tutorial by 'rapping' the words she was supposed to say.

Upon seeing this video, Simi complained about the fact that Adekunle Gold cannot rap. She said: "@adekunleGOLD pls does he have 2 heads? Small rap, you can’t rap.”

Adekunle Gold replied to her taunt by saying that she has to admit that he is a good singer or she would have to choose between him and J Cole. “Either you accept that I am just a fantastic singer or go and meet J cole. pick one?” he said 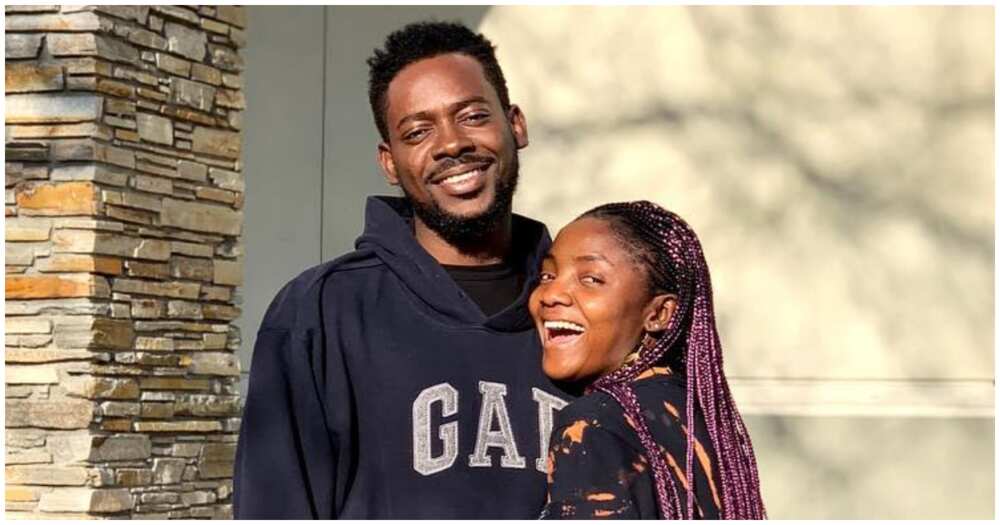 Simi's mother known on Twitter as @Jedishola saw the tweets of the couple and asked who J Cole was. Fans who had been observing the lovey-dovey talks between Simi and Adekunle answered her question.

See the dialogue below: Want the world to know of your life-changing experience?

Recently, one of Simi's fans revealed that she has a crush on Adekunle Gold. The popular female singer by reacting immediately with a rebuke. Many other people reacted to the fan's statement.

Why I trust Simi with everything regarding my music – Adekunle Gold |