Main headlines of major Nigerian newspapers for Tuesday, July 16, focus on the cry for the need to upgrade the level of security in the country made by former President on Monday, July 15.

Punch reports that former head of states Olusegun Obasanjo in his open letter to President Muhammadu Buhari on Monday, July 15, said that a drastic and fast move should be taken by the federal government to deal with the rising rate of killing, and banditry in Nigeria.

Obasanjo said that he foresees a situation of genocide similar to what took place in Rwanda back in 1994 and the unprecedented killing in Yugoslavia. reports that in Obasanjo's letter to President Buhari, the former Nigerian leader said that there is a high possibility of danger ahead of the country, if its citizens resort to self-help or jungle justice as a result of the leadership's failure to be proactive about security challenges. Still on the issue of national security, The Guardian reports that the former governor of Kaduna, Alhaji Abdukadri Balarabe Musa, in support of Obasanjo's position, called on Nigerians to wake up to the clarion call and see to it that the menace of insecurity in the nation is jointly deal with.

Musa said: “It is time Nigerians should come out and protest against this insecurity in the country and the level of poverty in Nigeria today.

"We should not be afraid to tell the government the truth. It has never been so bad in the country. This government of Buhari is the worst in the history of Nigeria. And every patriotic Nigerian should come out and talk to Buhari and save the country from war.” This Day reports that Obasanjo in his open letter said that Nigeria is on the precipice going by the rate of killing and banditry it has recorded so far.

The former Nigerian president said: “The issue is hitting at the foundation of our existence as Nigerians and fast eroding the root of our Nigerian community. I am very much worried and afraid that we are on the precipice and dangerously reaching a tipping point where it may no longer be possible to hold danger at bay." 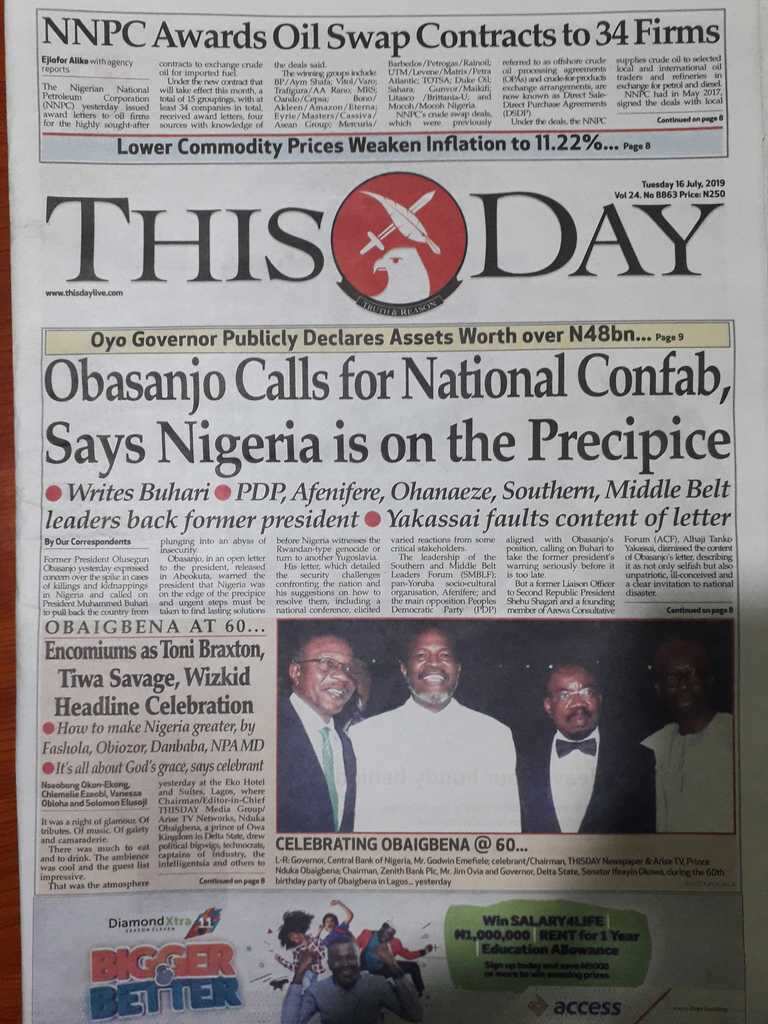 The Nation reports that Obasanjo in the said letter called on President Buhari to act fast to maintain unity in the country.

The letter partly read: “We need cohesion and concentration of effort and maximum force – political, economic, social, psychological and military – to deal successfully with the menace of criminality and terrorism separately and together. Blame game among own forces must be avoided." 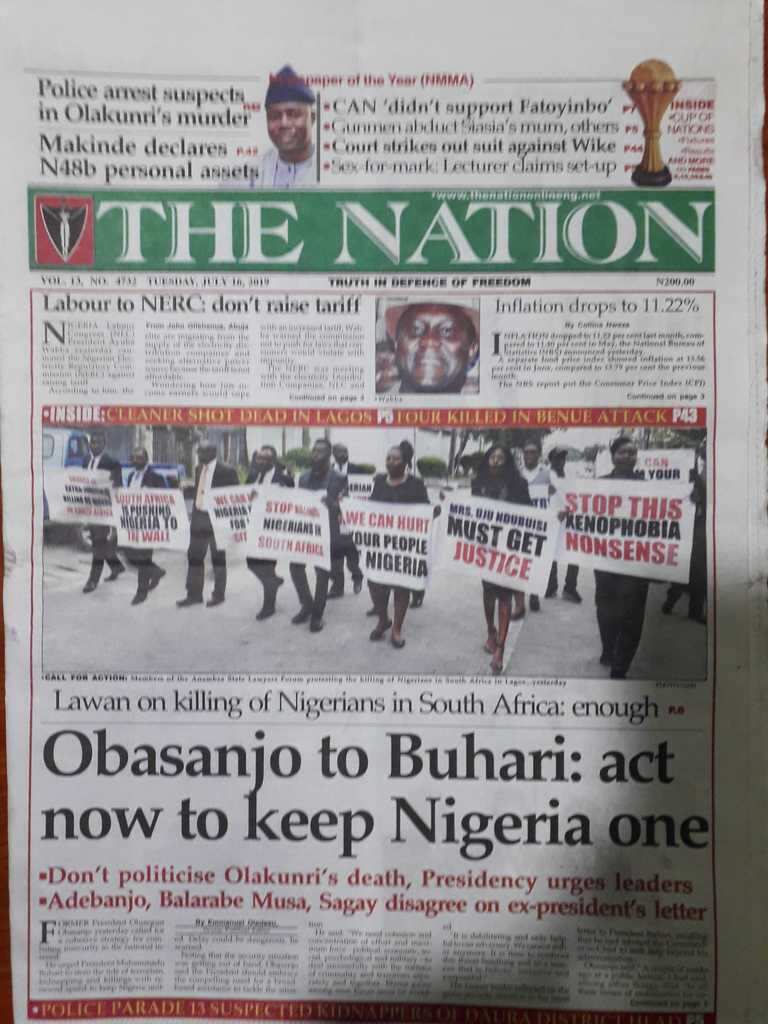