Norwich City vs Man United ended 2-1 in favour of the Red Devils in an entertaining fixture that was decided in extra time.

Odion Ighalo had put United ahead in the 51st minute before tod Cantwell drew the home side level in the 70th minute to send the match into extra time.

The likes of Juan , Ighalo, Jesse Lingard, Eric Bailly, and Diogo Dalot returned to United's starting line up for the crunch game.

And the first half did not produce any goals but the second 45 minutes was action-packed.

It did not take long for the Red Devils to take the lead through their striker Ighalo after Luke Shaw's cross deflected off a Norwich defender and fell kindly for the Nigerian who finished an easy jab to make it 1-0.

The Canaries got back into the game in the 70th minute after Todd Cantwell took a decent shot from 20-yards which beat Sergio Romero into the far corner to make it 1-1.

Timm Klose was sent off in the 89th minute after pulling back Ighalo from a goal-bound move. But the resulting free-kick from Bruno Fernandes hit the wall.

Tim Krul made a last-minute save from Mason Greenwood as the match went into extra-time after 90 minutes played.

Marcus Rashford and Pogba had the best chance in the first half of extra time, but Krul made comfortable save their efforts. 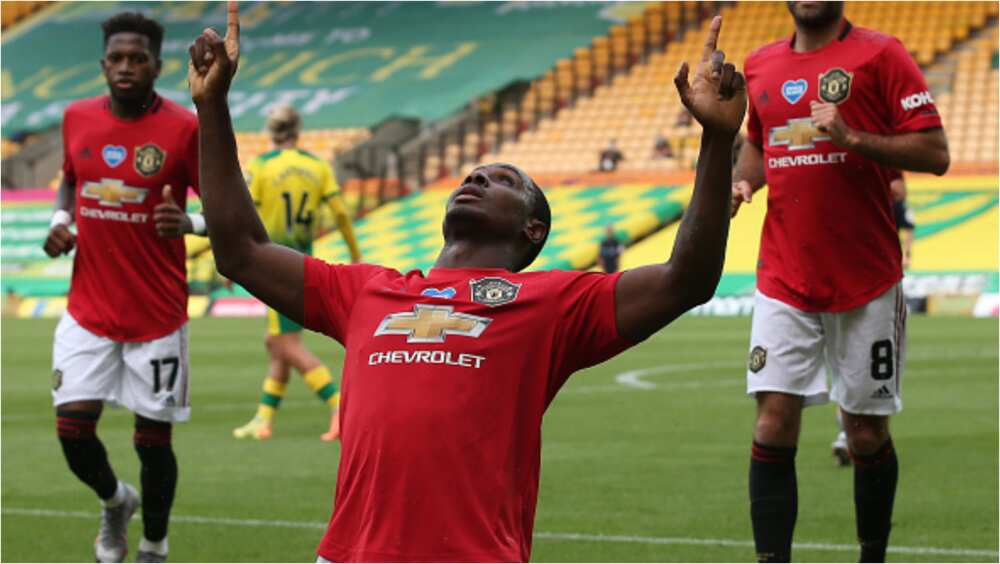 Krul was on hand again to save a match-winning header from Harry Maguire in the second 15 minutes of extra time.

Maguire finally makes finally made it 2-1 after sliding in to get the important touch in the goal-mouth scramble as he sends United into the semis.

Manchester United under Alex Ferguson were unstoppable winning 13 Premier League titles and 38 trophies overall in his 26 years at the dug out at Old Trafford.

The Red Devils have only managed to win three trophies since the legendary manager retired in 2013.