Lucy Pinder is a British model who has graced the covers of some of the hottest British publications like Maxim magazine. She was discovered by photographer Lee Earle when sunbathing on a beach. At that time, Lucy was just 20 years old. Her destiny changed after landing modeling contracts with several publications. 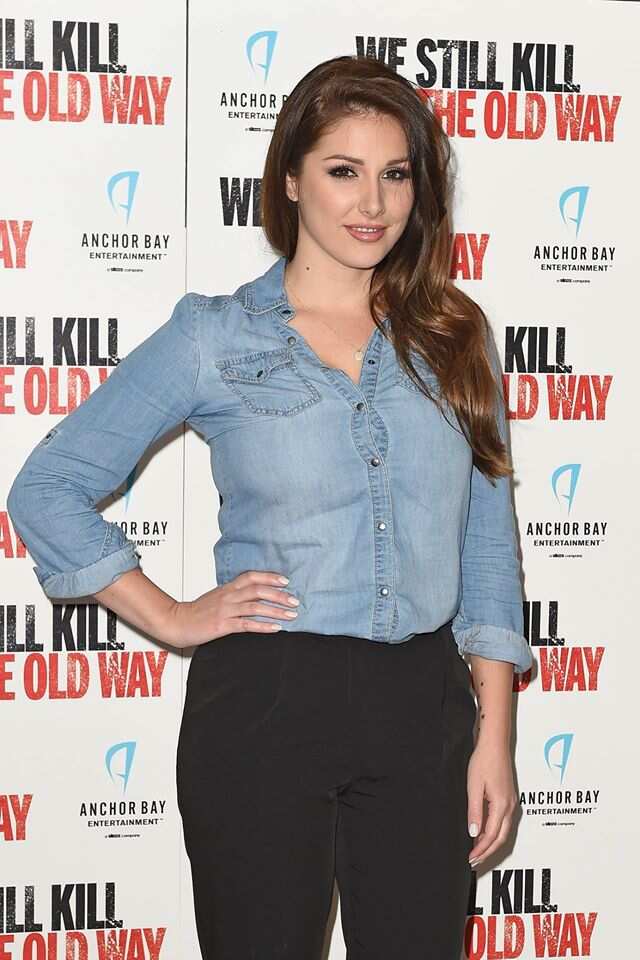 Apart from modeling, she is also an actress and TV personality. Some of her famous films include I'm Famous and Frightened! (2004), Strippers vs Werewolves (2012), and The Seventeenth Kind (2014). She is also known for appearing in the Celebrity Big Brother TV series.

What is Lucy Pinder age? The gorgeous model Dec 20, 1983, in Winchester, Hampshire, England. She is currently 36 years old. Her mother is called Jenny Pinder, but there are no details about her father.

She pursued her education at Cambridge and graduated with a Philosophy degree. The 36-year-old also has eleven GCSEs and two 'A' Levels.

How tall is the English model? She stands at 5 feet 5 inches tall and weighs 58kg. She has brown hair and hazel eyes. Her body measurements are 39-26-35.

Before gaining fame, the celebrity was just like any other young college girl figuring out her future. She loved to sunbathe on the beaches during summer. It was during such an occasion in 2003 that she got a life-changing opportunity that would later lead her into a new world.

She caught the eye of freelance photographer Lee Earle who snapped some of her photos. Lucy Pinder hot figure impressed not only Earle but also other publications that came across her pictures.

She landed a professional modeling contract with a newspaper called the Daily Star. She became a famous swimsuit model, often posing in skimpy bikinis. The stunning celebrity has also appeared in photo shoots for Loaded, Maxim, and Nuts Magazine, among others. She has appeared in over 50 magazines.

In 2007, Lucy as having 'the best boobs in the world.' She also reached number 16 in FHM's Sexiest Women list.

After enjoying a successful modeling career, she decided to paths in acting and reality television. In 2005, she starred in the TV series; I'm Famous and Frightened! The celebrity star also appeared on Soccer AM on Sky Sports, and as a contestant in Weakest Link in 2007.

The beautiful model also became a presenter on the Nuts TV live show. In 2009, she participated in Celebrity Big Brother but became to be evicted from the reality show. Her other TV shows include: 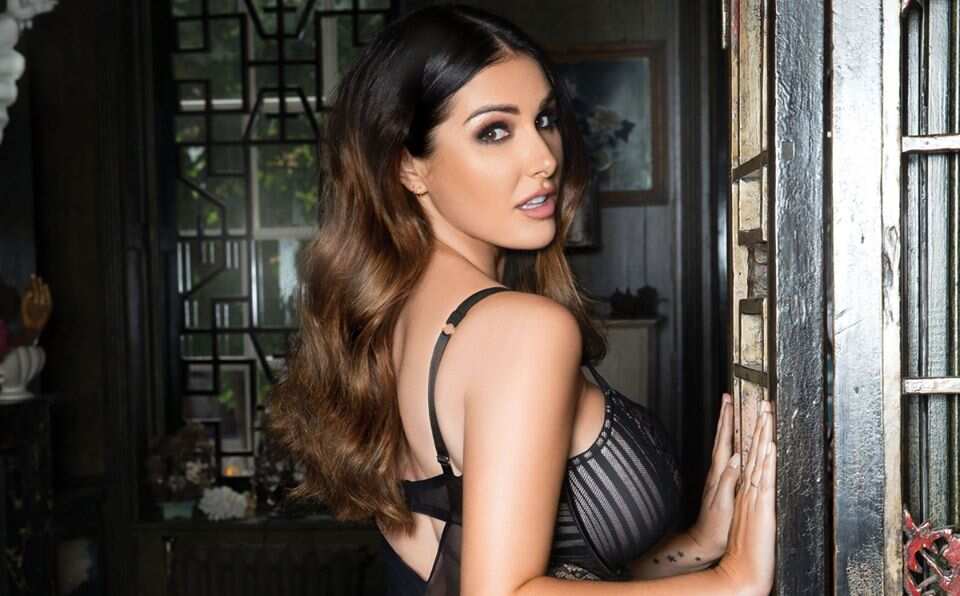 She has also starred in various films and series including:

In 2004, Lucy made her with Michelle Marsh on Sky TV's Dream Team. They the BBC series, Hotel Babylon. 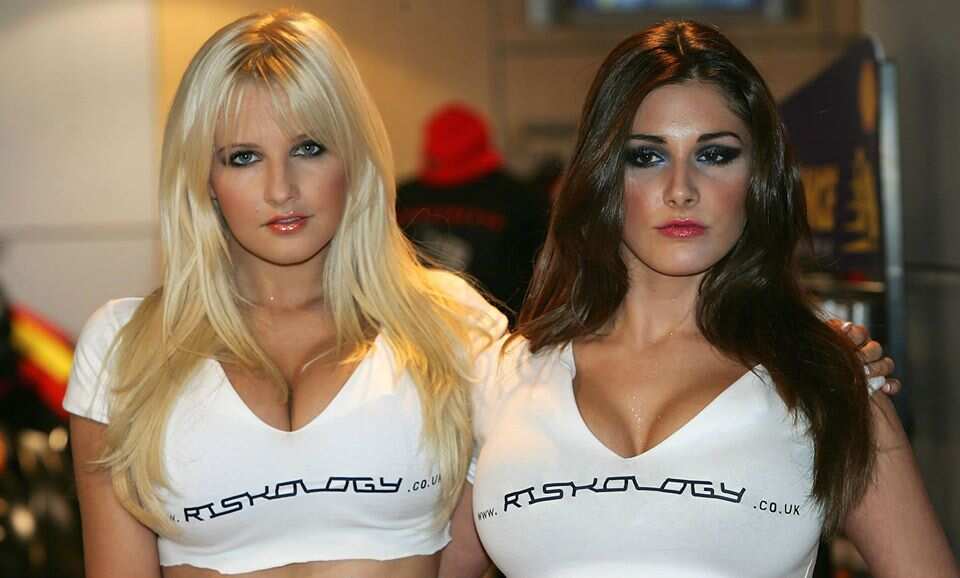 Mitchell is a British model and TV personality Sept 30, 1982, in England. As well, she appeared on Celebrity Big Brother TV show.

Is Lucy Pinder lesbian? Who is she dating? The model is not married buthas been linked to a few men in the past, including Captain America's star Chris Evans, and Daniel Hooper.

Back in 2015, Lucy Pinder and Chris Evans a date at Disneyland and getting pleasure in spending a good time together, sparking rumors of their relationship. 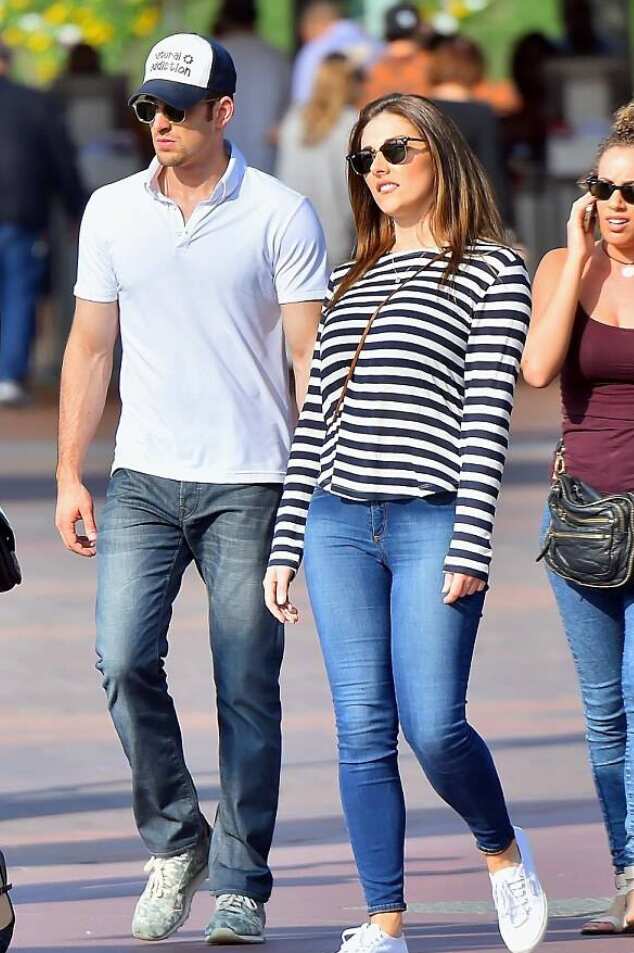 After enjoying a stellar career as a model, actress, and TV personality, there is no doubt that Lucy has made quite a lot of money in her life. The lovely model has $3 million.

Apart from her career, the English celebrity is also active in charity programs. She has supported initiatives like Cat protection, MCAC (Male Cancer Awareness Campaign), Tiger Time, Help for Heroes, and much more. She was an ambassador for Kick for Life, a charity that used football as a medium to fight poverty and disease in third world countries.

Lucy Pinder also has active social media accounts, including Facebook, Twitter, and , where she posts her photos and interact with her friends and fans.